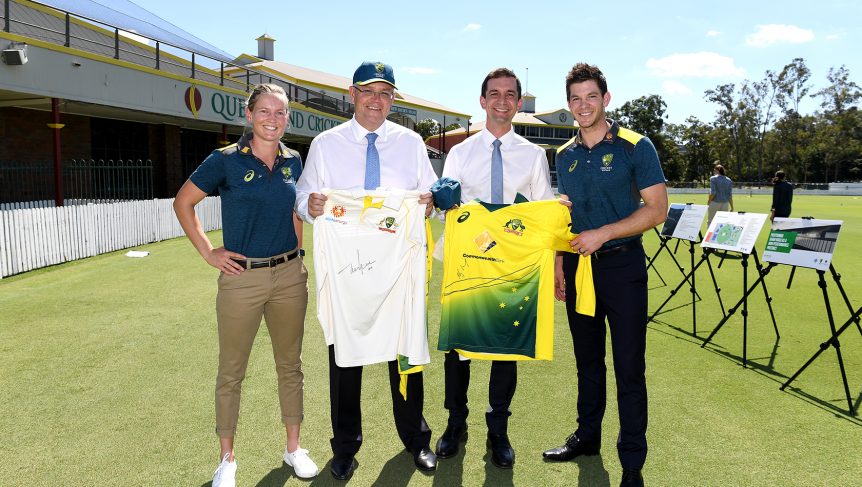 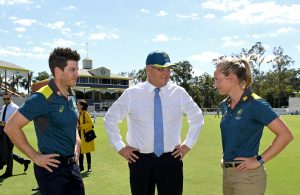 The National Cricket Campus is a critically important infrastructure project and is viewed as a key pillar in the long-term success of Australian and Queensland Cricket. When fully realised, the Campus will align the Bupa National Cricket Centre and Allan Border Field in Albion as a world-class playing and training venue, and Northern Suburbs Cricket Club as an additional preparation and community cricket hub for female and male elite, youth and club cricketers.

The Campus will feature a fully integrated industry-leading indoor and outdoor cricket facility and will be the training base for Australia’s men’s and women’s sides, as well as providing access to youth, all-abilities, indigenous and touring teams. The Campus will also be able to host women’s internationals, state and national championships, first-class, domestic one-day, Rebel Women’s Big Bash League and Premier Cricket matches.

The announcement of today’s funding represents half the outstanding financial contribution required to the start the $18.3 million National Cricket Campus build. Cricket Australia and Queensland Cricket have together committed $4.25 million towards the project, with ongoing discussions being held with the Queensland Government and Brisbane City Council for the remaining funding.

When complete, the Campus will deliver Queensland and Brisbane the world’s best cricket training facility and a hub for community and female cricket, highlighted by the below upgrades and developments to Northern Suburbs Cricket Club at Shaw Road in Kalinga and the Allan Border Field and Bupa National Cricket Centre precinct.

The centrepiece of the National Cricket Campus, Allan Border Field precinct upgrades will include:

The development of facilities at Shaw Road will create a link to Cricket Australia and Queensland Cricket’s high-performance hub in Albion, providing a venue for State, National and Youth Championships, and a training facility for elite and community cricket teams.

It is expected the development of Northern Suburbs will provide access to an additional 20 junior and female teams on top of the 40 teams that currently use the existing facility.

Cricket Australia CEO Kevin Roberts said the National Cricket Campus would allow Australian Cricket to accelerate the development of teams and players at many levels.

“Everything we do at CA is centred around uniting and inspiring communities through cricket.

“The National Cricket Campus is a partnership involving all levels of cricket. Once completed, it will allow us to help Queensland cricket communities in very practical ways, as well as supporting the performance and development of various men’s and women’s national teams.

“The development of Shaw Road and redevelopment of Allan Border Field will provide outstanding facilities for many groups within the cricket community. It will enhance the preparation of our men’s and women’s national teams for next year’s ICC T20 World Cup and support the development of our national youth programs with the best possible facilities. National Indigenous and All-Abilities squads will also benefit from access to the same experiences as any of our national cricket teams.

“We are delighted the Federal Government is providing $7 million towards this project and thank the Prime Minister and his federal colleagues for their commitment to Australian cricket,” Roberts said.

Queensland Cricket Chief Executive Officer Max Walters said the development of the National Cricket Campus will give Queensland the distinction of hosting the world’s-best cricket training facility, as well as creating a foundation for cricket’s growth and success long term.

“The National Cricket Campus has the opportunity to reaffirm Brisbane and Queensland’s status as Australia’s premier cricket location, and today’s funding announcement will go a long way in helping us get there.

“By creating a campus across Albion and Northern Suburbs at Kalinga, we are allowing more cricketers the opportunity to gain experience and enhance their skills using facilities that will be considered some of the best in the world.

“Importantly, the redeveloped Allan Border Field will allow us to host more Sheffield Shield, JLT Cup, WBBL and Women’s International matches. By doing so we will ease the pressure on hosting matches at the Gabba and will give Brisbane a second marquee first-class cricket facility.

“While Northern Suburbs will see significant development of facilities to be used by high-performance teams, we view the venue as one that will be embraced by the community and allow for increased use by junior and female participants and teams.

“We consider the Campus as having the potential to create a long-term legacy of success for cricket in Queensland and Australia.

“Queensland Cricket would like to thank the Federal Government for their commitment to the Campus, particularly Trevor Evans, Member for Brisbane for his tireless advocacy in helping us get to this point,” Mr Walters said.

Northern Suburbs Cricket Club President Paul Keller said the development of the campus will help grow cricket in Brisbane and will allow junior female participants the opportunity to continue playing cricket at the club where a senior women’s team does not currently feature.

“Norths are delighted to be a partner in the National Cricket Campus. We have a goal to build our female player base to a point where we can field a side in the Brisbane Women’s Premier Cricket competition and the Campus will complement that vision. Our club and the surrounding junior teams, the players, volunteers and their families, will all benefit enormously.

“On a wider scale, the improvements to pitches, practice facilities, playing surfaces, lighting and female friendly changing rooms will translate to greater use of the whole Shaw Road complex and that can only be good for our community.”

The National Cricket Campus is expected to deliver a significant economic boost for Queensland and Brisbane, with more than 300 jobs planned to support the project, while economic activity will be driven by an increase in domestic training camps, national performance programs and international and interstate visitation.