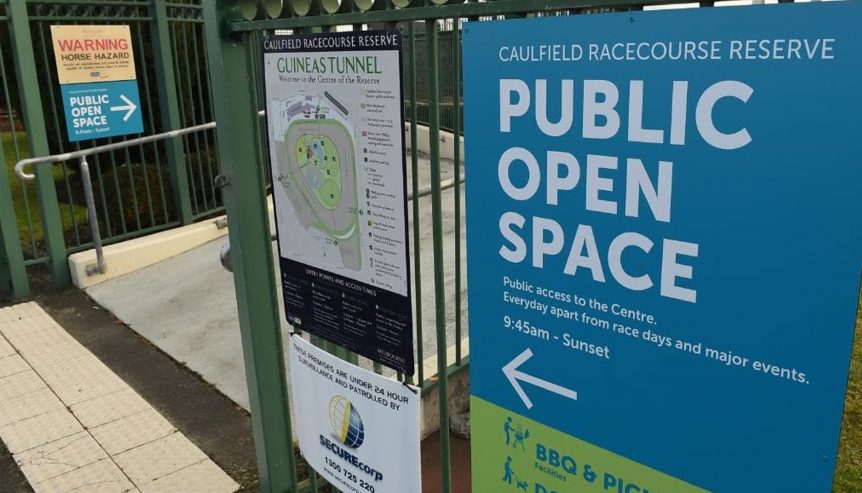 The Melbourne Racing Club has come under fire over a new lease allowing them to continue controlling public land at the centre of the Caulfield Racecourse.

Authorities have long called for the 54ha parcel of crown land — the equivalent of more than 20 MCGs — to be turned into desperately-needed sports grounds.

And sports clubs hoped to be playing inside the racetrack as early as next year after a new trust was appointed in June to improve public access at the site.

But under the new tenancy agreement, the MRC will pay only $375,000 a year to continue to use the site, which is valued at more than $1 million.

While horse training will be moved from the reserve to partly open up land, Glen Eira councillor Tony Athanasopoulos said he and colleagues doubted the reserve’s trust could afford new infrastructure and maintenance costs.

He also slammed other aspects of the new deal, including plans for a second track, increased parking in the centre of the racecourse, and a potential doubling of race meets.

“(These) all have the potential to negatively impact the future use of the reserve and the amenity of the local community,” he said.

“The MRC should be paying a fair and reasonable commercial rent for commercial activities that it undertakes on public land.

“Those fees should be available to … reinvest in community infrastructure and its maintenance.”