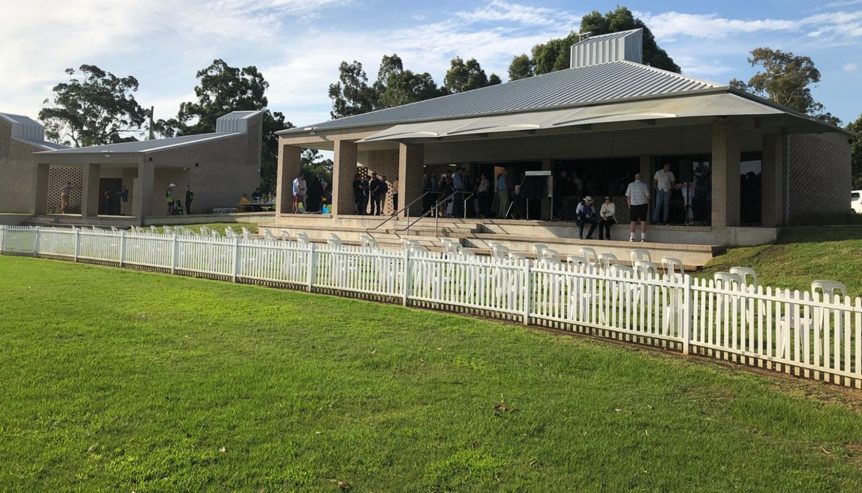 One of the most attractive cricket grounds in Western Sydney has now got the amenities and club rooms to match, with the opening of pavilions adjoining the oval at Pearce Reserve, Kings Langley.

Blacktown City Mayor, Tony Bleasdale OAM, joined the Member for Greenway, Michelle Rowland MP and the Member for Seven Hills, Mark Taylor MP, along with cricket officials and supporters at the official opening of the pavilions.

Kings Langley Cricket Club raised a further $75,000 towards the project.

Mayor Bleasdale said; “The opening of the new pavilions is not only a landmark day for the Kings Langley Cricket Club, but also for the whole surrounding community.

“The opening of the pavilions is the culmination of more than 15-years planning and construction which now sees Pearce Reserve include upgraded tennis courts, basketball courts, half courts, playgrounds, walking tracks and of course the picturesque cricket ground and training facilities.

Greg Monaghan said; “This has been a terrific long-term community program involving grant funding from the NSW and Federal governments, great support from our local MPs and massive financial, planning and construction assistance from Blacktown City Council.

“But it has been members of the community and the Kings Langley Cricket Club that has really made this project happen with their continual support and enthusiasm.”

Club President Paul Giumelli said; “Our club is one of the biggest district cricket clubs in Western Sydney, these new amenities will help us maintain high levels of success, provide the facilities our players deserve and attract new players.

“The project also provides equally high standard facilities for all players, men and women, boys and girls. In fact, girls’ cricket is the fastest growing section of our club.”

Cricket is now played year-round at the Pearce Reserve ground, with senior and junior competitions in the summer months and T20 competition during the winter.