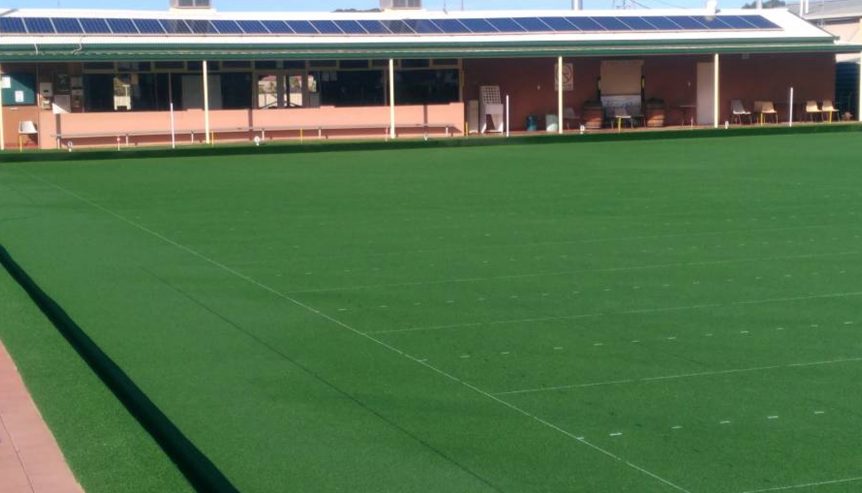 The Ceduna Bowling Club’s new green will be in action as the club prepares for the 2019-20 season starting next weekend.

Work on the $200,000 project to install a synthetic lawn on the main green has been completed, with players getting in recent practice sessions.

Club president Richard Wilkinson said a number of players had been getting a feel for the new surface ahead of the official season start on Sunday, September 8.

Players are to have their name down on the day by 1pm for a 1.30pm start.

“Line markings are done and we are basically ready to go,” he said.

“Teams will be drawn that day and the club also intends to invite some past players to come along, with one of the men and one of the women to put down the first bowl of the year.

“With the synthetic green we can now have, weather permitting, events all year and this makes a difference for us.”

The club hosts pennant action on Saturday, as well as a social game, while the women take to the green on Thursday and night owls bowls – which starts in November – takes place on Thursday nights.

Mr Wilkinson encouraged all to come out and play, even those who have not bowled before.

“Come down and have a bowl, and have a try on the new green,” he said.