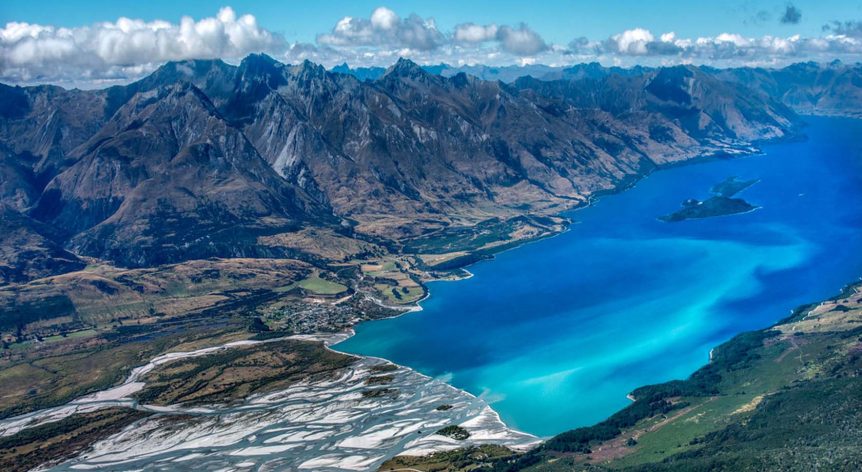 Jacinda Ardern’s Labour government has renewed its promise to clean up the waterways but is facing pushback from one of the country’s biggest polluters — the powerful dairy industry.

New Zealand’s pollution problem is pitting two of the country’s most valuable assets against each other: its global reputation as an unspoilt wilderness and its most lucrative export — dairy.

Ngāi Tahu, New Zealand’s wealthiest Māori tribe, is launching an unprecedented legal case seeking “rangatiratanga”, or chieftainship, over most of the South Island’s freshwater, a move that could reset who has authority over the country’s waterways.

New Zealand waters are seen as the most purest, fresh, icy streams in the world but as rivers flow through farms and cities, they become some of the most polluted in the developed world.

In the Canterbury region, which includes the city of Christchurch, some scientists blame an explosion of dairy farming and large-scale irrigation since the late 1980s for polluting many of the region’s rivers. From above, the Canterbury Plains is a patchwork of lush, green, grassy pastures. But it wasn’t always the case. A few decades ago the turf here was a browner hue. The plains were predominantly sheep country, until irrigation schemes and intensive synthetic fertiliser use enabled the mostly poor, stony soils to sustain dairy farming.

Cattle numbers on the Canterbury Plains have more than doubled in the past two decades. It’s been described as a “white gold rush”, as farmers converted mixed sheep and cropping pastures to more profitable dairy farms.

Multiple scientists have told Foreign Correspondent the growth of dairy farms has created a “perfect storm” for New Zealand’s rivers, with excess nutrients from fertiliser run-off, sediment loss, faecal effluent from cattle and reduced flows due to over-extraction by irrigators all damaging the health of freshwater systems.

Toxic cyanobacteria has increased in rivers, streams and popular swimming spots across New Zealand over the last decade or so. They can be really deadly to dogs and also really harmful to humans. The dogs get attracted to the musty smell and it takes just one teaspoon for a dog to ingest that for it to actually die.

For Ngāi Tahu, the rivers and lakes are considered ancestors. Each waterway has its own mauri, or life force, creating a deep connection between Maori people and the natural environment.

Generations have built a way of life around the waterways, boating and fishing in New Zealand’s pristine aquatic environment.

But after decades of degradation of the South Island’s rivers, Ngāi Tahu are seeking “authority and autonomy” over waterways in their tribal area.

On Waitangi Day, New Zealand’s national holiday, about 500 Ngai Tahu are gathering in the small seaside town of Bluff on the southern tip of the South Island.

The marae, or community building, is adorned with intricate carvings of ancestors on canoes. A Pōwhiri, or opening ceremony, begins at its doorstep in direct view of a row of elders, some in ceremonial dress, most in suits. The poor health of New Zealand’s rivers is dominating the day’s discussions.

“New Zealand has an image of itself that is wonderful and green, but underneath the thin facade are filthy waterways,” Gabrielle Huria, the head of the tribe’s freshwater unit, says in a panel discussion.

Also among the group is Dr Te Maire Tau, a historian and community leader who says that some of the freshwater rivers and lakes of the South Island are beyond degradation — they are on the verge of extinction.

“Underlying all of our different rights is the word ‘pūtake’, which means the origin or the original source, but it also means ancestor,” Dr Tau says.

“Within our world, everything reaches back to our ancestors. You won’t get a waterway around here that we don’t claim descent from. For Maori, water is an ancestor, what are our obligations to it?”

That sense of obligation has led to an unprecedented high court challenge, of which Dr Tau is the lead claimant. Ngāi Tahu are seeking recognition of its rangatiratanga, or chieftainship, over freshwater.

Dr Tau, who is well-versed in tribal law, says rangatiratanga is difficult to describe in western terms, but effectively means the tribe is seeking regulatory and fiscal authority over the waterways. Ngāi Tahu’s claims over the waterways will be heard in court next year and tribes from the North Island are taking notice too, with one already joining the legal battle.

With the government, scientists and farmers seemingly at an impasse over the management of the rivers, Dr Tau says it’s time to let Maori take the lead.