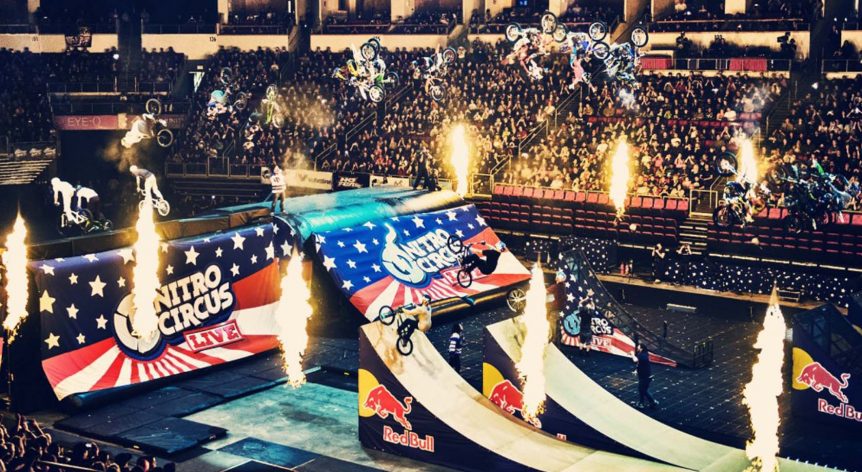 Action sports leaders Nitro Circus have revealed plans to return to Australia and New Zealand next year for a comprehensive tour of outdoor stadiums. The trek will open in New Zealand in February with Australia to follow in March. Currently, 14 shows across both territories are confirmed with more dates to be added.

2022 sets up to be one of the biggest years both in the brand’s ten-year touring history and Australasia specifically. In Australia and New Zealand, Nitro will almost double its show count versus its last full tours in 2019 and will also roll out new show concepts and marketing creative. 2022 will also mark the debut of Nitro World Games Brisbane, its premier competition event, which arrives at Suncorp Stadium on October 22 – 23, 2022.

This news comes with Nitro Circus is in the middle of a six month, 27-city North American tour which stretches from coast to coast, hitting major markets such as Seattle, Phoenix and Nashville. The brand has emerged from the lockdown challenges of 2020 in a position of strength: its total number of shows worldwide this year marks an increase of more than 33% from 2019.

Fueling this demand is Nitro Circus’ strong social media engagement, especially from the digitally-native Gen-Z audience at the heart of its fan base. The brand’s collective social following exceeds 24 M across its multiple channels and continues to show robust engagement growth over the first half of this year. As one example, Impressions on Instagram and Facebook have swelled by over 270 M in the first six months of 2021, an increase of 28%.

In the decade since launching its touring business, which debuted in Australia and New Zealand, Nitro Circus has gone on to perform on five continents and established itself as a major global live event property. To date, Nitro Circus has performed more than 360 shows in over 30 countries worldwide in stadiums, arenas and festivals with an exciting blend of action sports excitement, jaw-dropping stunts and outrageous fun.

Joe Carr, CEO of Thrill One Sports & Entertainment – Nitro Circus’ parent company – said: “After such a great response in North America we are thrilled to build on that momentum and bring Nitro Circus back to Australia and New Zealand. These are two of Nitro’s most avid fan bases and also among the most passionate and sophisticated audiences in action sports. Now, with the excitement of live entertainment returning to venues worldwide, we can’t wait for Australia and New Zealand to experience the high adrenaline fun of Nitro Circus once again.”