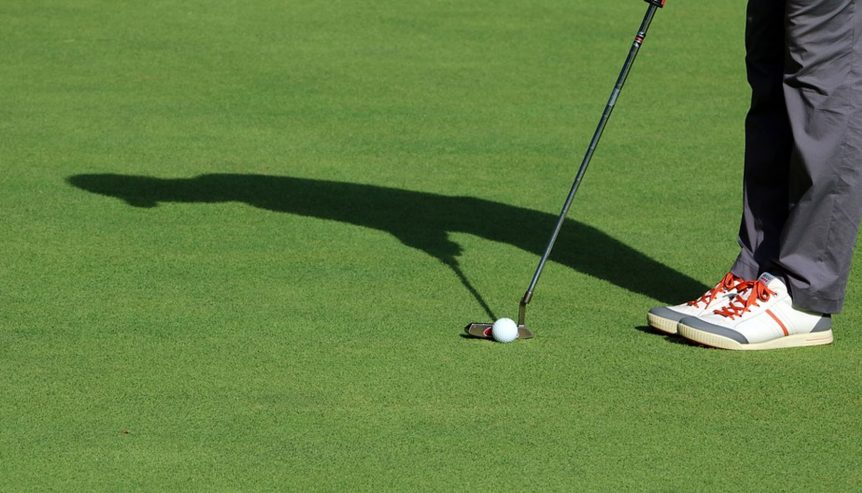 In a turfgrass system, organic N can be found in a whole lot of things. Clippings contain organic N, and so does thatch. The soil has organic N, which it gets from all the organisms in soil, as well as from decaying plant vegetation. Organic fertilizers have organic N. But none of this organic N is immediately plant-available (plant-available N is nitrate-N and ammonium-N), and it must be converted via the process of mineralization.

Mineralization is done by various microbial species and is affected by soil carbon, temperature, water content and lots of other things. Nitrogen mineralization is not easy to measure, and that’s the primary reason we do not have calibrated and correlated soil tests for soil N from which we could make fertilizer recommendations. People have spent their careers trying to quantify mineralization of N from various systems, to provide turfgrass managers with an estimate of how much organic N will convert to inorganic N over a growing season, per month or per week.

In 1996, Eric Miltner, Ph.D., as part of his doctorate, quantified where applied inorganic N fertilizer went when applied to Kentucky bluegrass (3). To do this, he applied 196 kilograms nitrogen per hectare per year (177 pounds per acre) in five equal applications (every 38 days) of 39.2 kilograms N per hectare (35 pounds N per acre; 0.8 pounds per 1,000 square feet per application, for a total of 4.0 pounds N per 1,000 square feet per year). Two different N timing programs were a part of this study — a “spring” program, in which the first dose of N was applied in April, and a “fall” program, in which one of the five N applications was made in November. Those spring (April) and fall (November) treatments were applied as labeled 15N (urea), which allowed them to follow that labeled N throughout the plant and soil system. The other four N applications were simply unlabeled urea that kept the turfgrass growing through the two years of the experiment.

Researchers tracked the labeled spring and fall N for two years and found that after two years, roughly half of the applied N had been removed in the clippings, 21% was residing in the thatch, and 21% to 31% of the applied N was stored in the soil (with more N in the soil when N was fall-applied compared with spring application of that N; see Table 1, below, for the data). Miniscule amounts of the applied N were found in leachate or in the verdure (the green shoots).

But how quickly could immobilized and thus organic N be converted to inorganic N, which the plant could then use? A shift in location and turfgrass species finds a research project that attempted to answer that question.

Using mature (50- and 75-year-old) fairways of Tifway hybrid bermudagrass, researchers from North Carolina State University examined the mineralization of nitrate-N from pools of stored organic N in these older fairways (2). Surface soil samples (0 to 15 centimeters; 0 to 6 inches) were used for the mineralization experiment, which was conducted using laboratory incubation for five weeks to determine the rate of mineralization of organic N to plant-available inorganic N.

Estimates of inorganic N (nitrate-N and ammonium-N) released from the fairway soil were around 1 to 2 milligrams per kilogram of soil per week in May to around 4 milligrams per kilogram of soil in July and August (the hotter time of year for this location). Averaged over all variables, it was estimated that a maximum of 1.5 to 2.0 milligrams per kilogram of inorganic N (nitrate-N and ammonium-N) was mineralized each week. Using the soil bulk density to make the conversion, this becomes a net mineralization of 60 to 154 kilograms N per hectare (54 to 137 pounds N per acre; 1.2 to 3.1 pounds N per 1,000 square feet) at 91 F (33 C), with that N released during the bermudagrass growing season of May to October.

So, in older turfgrass systems, there appears to be a considerable storehouse of potentially mineralizable N, which can provide inorganic N for turf uptake and growth.

A logical next question is how the age of the golf course (and the underlying soil) affects nitrogen mineralization rates.

Staying in North Carolina, golf courses with varying ages of fairways (1, 6, 23 and 95 years, and adjacent native pines) were used in another series of incubation studies, again to determine the rate of N mineralization (4). As the fairways aged, there was a rapid increase in both microbial activity (measured via biomass N and C) and in potentially mineralizable N (organic N to inorganic nitrate-N and ammonium-N). Potentially mineralizable N increased significantly with fairway age and was three to four times greater in the oldest fairway (95 years) than in the youngest (1 year). As the fairways got older, potential N mineralization increased, with values of 4.2, 11, 23, 19 and 41 micrograms N per gram of soil calculated for the native pines, 1-, 6-, 23- and 95-year-old fairways, respectively.

We can get inorganic N mineralized from the organic N in the soil. But what about that from clippings? Continuing on with that same set of fairways of different ages (at this point, they were 3, 8, 25 and 97 years old), the folks at North Carolina State examined the addition of hybrid bermudagrass clippings (Tifway) or perennial ryegrass clippings to these soils, looking at the resultant N mineralization from the addition of the clippings (5). Clippings were rapidly decomposed, and about 30% of the N in the clippings decomposed (mineralized) within seven days. This flush of mineralized N came from the clippings and not from stimulation of the existing soil organic N.

This flush of mineralized N from clippings offers turfgrass managers the ability to reduce fertilizer N. When clippings from a Kentucky bluegrass-perennial ryegrass-creeping red fescue mixture were returned to the sward dry matter yield, total N uptake and recovery of applied N increased (1). Returning grass clippings allowed for a 50% reduction in N fertilization (rates in this study were 0, 98, 196 and 392 kilograms N per hectare per year; 0, 87, 175 or 350 pounds per acre; 0, 2, 4 or 8 pounds per 1,000 square feet) without any reduction in turfgrass quality.

How do we summarize this ability of turfgrass systems to supply N via mineralization of organic N? Well, initial applications of N (from fertilization) result in some portion of that N being taken up into thatch, plant tissue and the soil — as much as half of the applied N. But that N is then available to be cycled back into the available N pool via mineralization. Both organic soil N and organic N in plant residues are available for N mineralization, and that from fresh clippings can be mineralized quickly (within weeks), resulting in possible reductions in fertilizer N needs.

As your turfed surfaces age, the underlying soils will store more organic N, providing a source of inorganic N via mineralization. How much? Estimates are that mineralization of organic N from fairways may supply from 0.9 to 3.1 pounds N per 1,000 square feet per year, with more from older systems. This appears to be a linear effect with age, so the older your fairway, the more organic N you will likely have in the soil.

The estimates of mineralized N discussed are largely from one set of soils and one geographic region — the humid southeastern U.S., with bermudagrass as the turf. We clearly need lots more of this information from cool-season systems in colder climes. We also need more work on exactly when mineralization of N is most likely to occur — which month, optimum temperatures, etc. And finally, we need to couple this kind of data with soil testing and N fertilizer recommendations, providing the ability to better understand when and how much plant-available N is being supplied by stored organic N in our turfgrass systems.