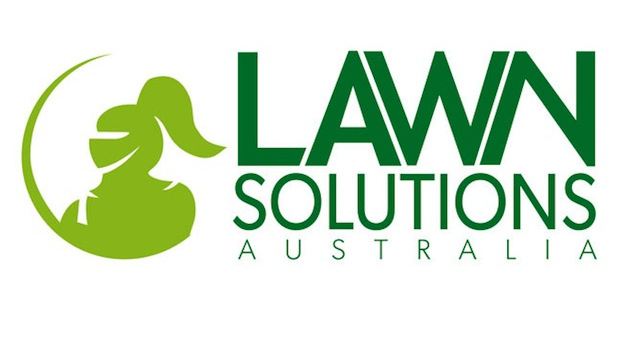 The Lawns Solutions Australia’s inaugural ‘No Bosses Allowed’ Study Tour was well contested earlier in the year with the winning entrant recently completing their prize.

From dozens of entries the field was narrowed down to select Cathryn Steele of Sunnyside Instant Lawn in South Australia as the winning participant in this keenly-contested competition.

Cathryn has worked with Lawn Solutions Australia member turfgrower Sunnyside Instant Lawns for a little over eight years and handles the outdoor turf management of their farms.

In taking out the contest she decided to take her partner Adrian on their fully sponsored American Turfgrass Tour and departed on the trip in late July this year.

Describing it as “a jam-packed week,” Cathryn said on her return that they “had the most amazing time and had managed to take quite a bit in.”

Lawn Solutions Australia’s Business Manager Simon Adermann organised the tour with a number of targeted turfgrass stops along the way.

“We couldn’t have asked for a more amazing tour guide, we can’t thank him enough,” said Cathryn.

“Simon knows his stuff and the contacts he has in the States . . . it gave us an unbelievable opportunity to see the latest in the research and farming technologies.”

“The tour he organised couldn’t have been better and the people we met – well they were very knowledgeable and made us feel so welcome,” Cathryn stated warmly.

Starting off from Dallas the tourists kicked-off with some sightseeing and tasted the local ‘grub’ at a real Texas Steakhouse before settling in to start on their busy turf tour schedule.

A trip to Texas A&M University to check out their extensive breeding program with resident plant pathologist Dr Ambrika Chandra, was a real eye opener for the visitors with hundreds of trials in place at the University’s grounds.

A guided tour of the home of the Texas Cowboys’ AT&T Stadium was also an incredible experience according to Cathryn, as they got an appreciation for the well-worn saying that “things are always bigger in Texas”.

After leaving AT&T Stadium they drove to McKinney in Texas to spend some time with Luke Jacobs from Greenup Services and got a better understanding of the best methods in using ColourGuard Lawn Pigment to paint lawns.

Following their huge first day the tourists moved on to Pasadena Texas and were fortune enough to be able to visit the Control Solution / Quali-Pro production facility; global leaders in manufacturing Turf, Ornamental and Pest Control products.

“It was a pretty amazing facility and again we got to learn so much,” said Cathryn, “and after we had lunch with these guys we headed to NASA Space Centre in Houston for some ‘tourist-time’ to checkout the control centre for all NASA launches.”

Over the following few days Cathryn and Adrian with the assistance of Simon, visited some of the best turf farms in the USA.

After visiting five of seven farms owned by All Seasons Turfgrass, Cathryn said it was a large operation with a key focus on the landscaper, contractor, sports turf construction, Lowes and Home Depot markets in the Texas region.

“Their main sales come from Zeon Zoysia, L1F Zoysia, Tiftuf and 419 Bermuda – our couch grass . . . it’s a major operation and in spring they transport around 150 – 200 pallets a day into the big box stores in Texas.

It was a great insight into large turf operations in the US by all accounts and for lunch the visitors were treated to some traditional Texas fare in the small rural town of Sealy.

The following day saw further turf farm visits this time to well-known Millberger Turfgrass where they saw the many turf varieties that were grown, looked over the operation and sampled some of the local customs.

“Most of their grass is grown for their Landscape and Construction Company in San Antonio. We also had a chance to visit the Milberger cattle ranch, and as you do in Texas; even got to shoot some guns!”

Their last official visit saw them head to Poteet in Texas to see David Doguet at Bladerunner Farms.

This private zoysia grass research centre is probably the largest in the world with some 3,000 different types on trial for a number of disciplines. Whether it is sporting fields, golf tees, golf greens, home yards, or roadsides, Cathryn says they have it all covered.

“David’s passion is to breed the best zoysia grasses in the world and LSA is extremely lucky to have this relationship with someone with so much passion for the industry.”

“The hospitality towards Adrian and myself from Arthur Milberger, David Doguet and so many others on the tour was amazing and I can’t thank them enough,” Cathryn said wholeheartedly.

“And of course our tour guide Simon put so much into the trip and we learnt such a great deal, it was such a great experience . . . to Simon and Lawn Solutions Australia, again thanks so much.”

“It’s great to be back and in a position where I can put some of that knowledge into the farm at home and hopefully share some of that with other members of our extended LSA ‘family’.”

“Coming from summer over there I’m looking at getting some green-green grass over here now that we’re heading into spring,” she went on to say.