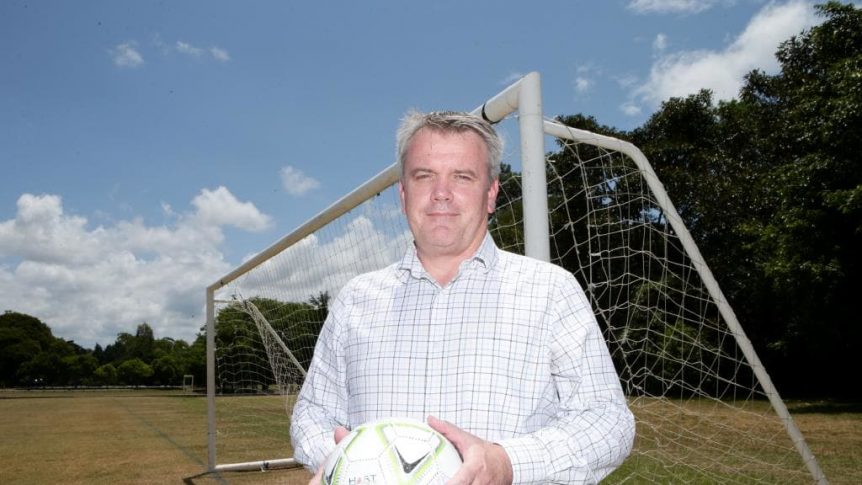 Mitchelton Football Club has hit back at claims a $1.5 million artificial field is a secret project that will rob the public of open space at Teralba Park.

Former Mitchie Makers Market operator Steve York has launched a campaign to postpone work on the field, due to start soon, until all park users had been consulted.

Among Mr York’s claims were that the project had been a secret, was not financially viable and a 2m-high fence would be built to keep people out.

But Mitchelton FC president Bryan Cook said the project had been planned for five years and club members had been given information and reports over that time.

In June the North-West News reported the club had secured a $500,000 state government grant for the project.

Mr Cook said the club leased its fields from Brisbane City Council, and paid to do so.

He said the field would be fenced but the gates would not be locked.

The artificial pitch, he said, would be an all-weather surface that would allow 75 hours of use a week, compared to 15 hours for the grassed surface.

The quality of the artificial surface would enable paid bookings by groups looking for a FIFA standard pitch, and enable a year-round six-a-side competition that would also generate revenue.

Mr Cook said the current field had been deemed unsafe three times by Football Brisbane because the grass wore down during the winter months.

“With the introduction of water charges clubs all over Brisbane have struggled to maintain a reasonable and safe playing surface for their players,” he said.

“The whole purpose of the pitch is to provide an all-weather surface for all players at all levels to be able to train and play”.

“That pitch will be used by everyone.”

Mr Cook said the $20,000 a year maintenance cost was the same as for a grassed field.

This included its replacement at the end of its life.

The Mitchie Makers Market was held at the club’s grounds until last January when the club decided it could no longer accommodate them due to high demand for its fields.

The council contributed $1 million to the project and the State Government $500,000.