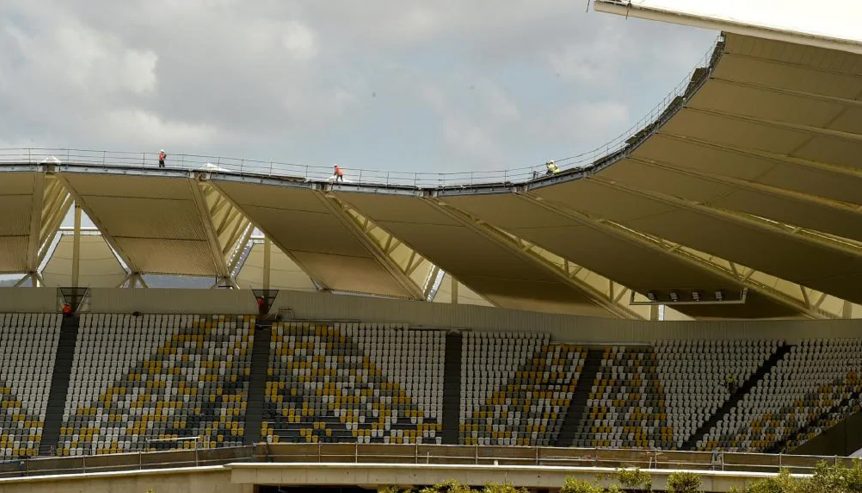 More than 16,000 seats splashed in North Queensland Cowboys colours have been installed at the clubs new home ground, as the project nears completion.

Hundreds of tradies are working on site as the clock ticks down to completion ahead of Sir Elton John’s farewell tour in February.

Premier Annastacia Palaszczuk said the 25,000 seat North Queensland Stadium was now 85 per cent complete and would be in ready in time to host the rock legend.

“The world class venue is really coming together, soon the northern access ramp will connect the concourse to the northern entry gates,” Ms Palaszczuk said.

“The structural steel is now in place for the score board located at the northern end of the stadium.”

“Since Johnathan Thurston and I installed the first seat just last month when parliament came to the north, more than 16,000 seats have been installed,” Ms Palaszczuk said.

“I’m looking forward to seeing it packed with people when it opens next year.”

The team would soon harvest the turf into 1m wide and 10m long rolls, each weighing about 750-850kg, he said.