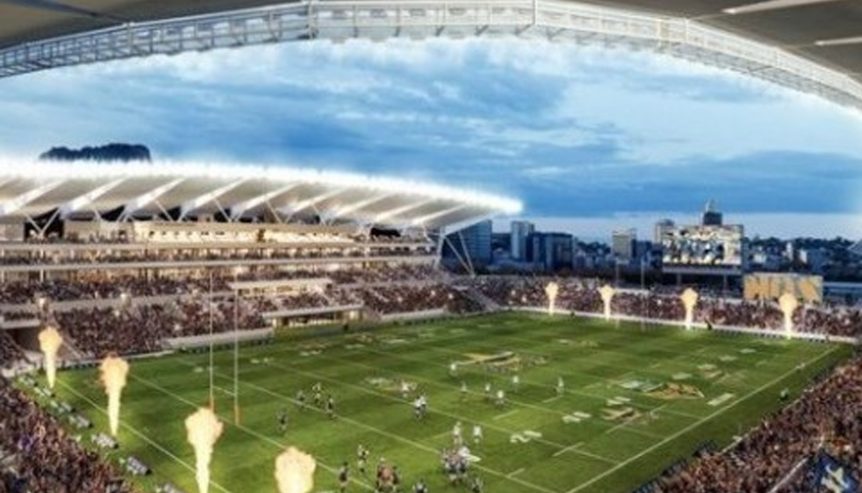 The event will feature men’s, women’s and youth competitions, with children as young as five participating.

The newly opened venue will host up to 6 games on Saturday of the Easter long weekend (11th April), including matches for the Frank Farina Cup and the North Queensland Games.

Member for Townsville Scott Stewart advised: “Football is the state’s most popular junior sport, with more than 3,500 registered children in North Queensland, and this is a great opportunity to celebrate the sport locally and encourage more people to get fit and active in a great team environment.

“North Queensland nurtured professional players like Brisbane Striker Chris Scuderi, Young Matilda Taylor Ray and Northern Fury’s Lorenzo Sipi, so I expect an exciting brand of football that will result in a fun day out for families and sports fans.

“We’re building this stadium as a multi-use venue, and it’s really pleasing to have community events such as this confirmed for the venue, in addition to other content like the Elton John concert and the North Queensland Cowboys’ 2020 season.”

Football Queensland North General Manager Declan Carnes said he was thrilled by the opportunity to increase exposure of the game in North Queensland.

“This is a once in a lifetime chance for many of our players to get a taste of the new stadium, and our organisation is ecstatic about using this opportunity to take our representative programs to another level.

“The day will also include clubs registering teams in younger age groups to play a round robin style competition, so that children can have the experience of a professional player looking up at the crowd, grandstands and big screen, to get them excited about the sport.”

Queensland Minister for Sport Mick de Brenni added: “The State Labor Government has invested $1.6 million into our North Queensland football clubs, we’re making sure there are opportunities for our future Socceroos no matter where they are from.

“As a player just starting out in the game, getting to play back to back with senior teams in a purpose built stadium will help to grow these young players’ love for the sport.

“Travelling teams and their friends and family coming for the weekend and will get to enjoy the famous North Queensland hospitality, while locals benefit from an exciting day of sport.”

For more information on the North Queensland Games, visit www.nqsports.com.au/2020-nq-games.