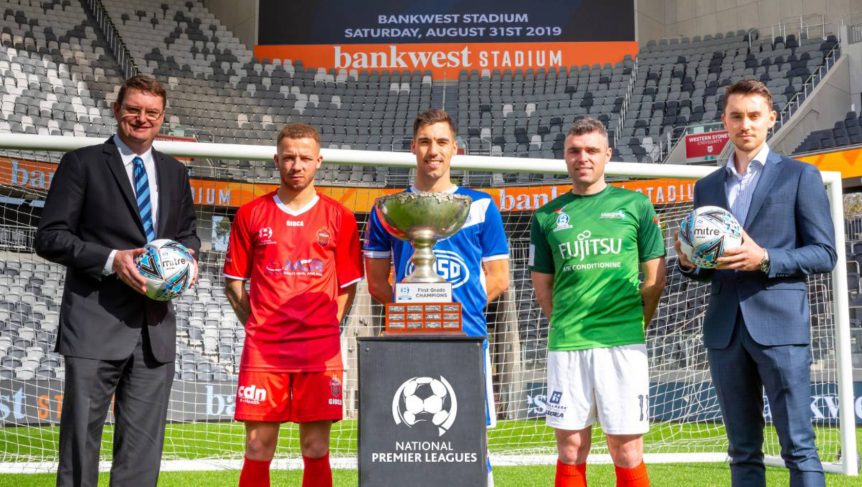 Marconi’s former A-League star Mitch Mallia is hoping his first visit to Bankwest Stadium in his Stallions’ outfit is not his last in 2019.

Mallia was one of three National Premier Leagues NSW Men’s 1 players on hand for the announcement that the state-of-the-art 30,000 seat stadium in Parramatta will host the grand final on August 31.

“Football NSW is dedicated to showcasing our competitions and this grand final event will be a crowning moment at the end of what has been a stellar season,” he said.

“How can you not be excited with the news that our clubs will play in one of Australia’s best new stadiums?”

“It will be an amazing experience for the players and spectators alike.”

“With so much at stake and with the record interest our NPL NSW competitions, it’s only natural that we play a big event at such a complete facility such as Bankwest Stadium.”

“…And it will be bigger and better than ever in the 30,000-seat Bankwest Stadium,” he said.

“This is a stadium that has been built for the fans and the event experience was front of mind during the design process. Fans will immediately notice how close their seats are to the action and the steeper grandstand design, but there are a number of other initiatives that will make a day at the football easier and a lot of fun.”

With five rounds remaining, Wollongong Wolves FC are in the box seat to win the premiership with a five-point gap to second-placed APIA Leichhardt.