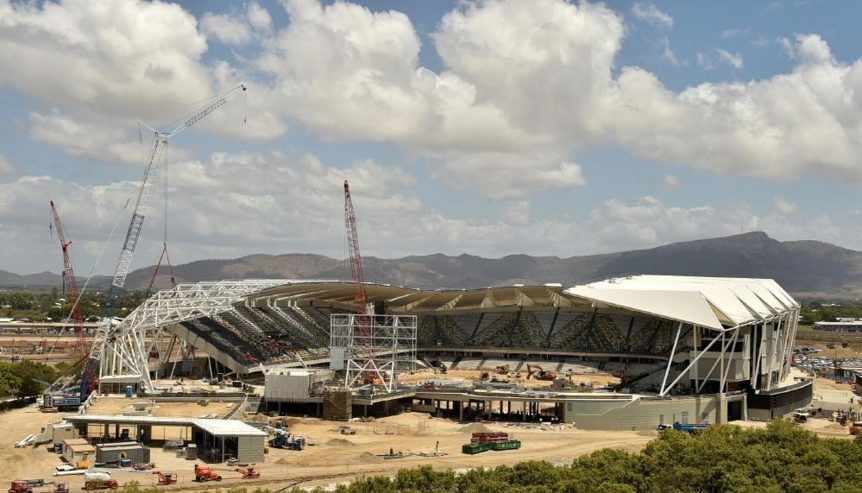 Townsville’s new North Queensland Stadium has been overlooked by the NRL as the venue for the Women’s State of Origin match next season.

Queensland Premier Annastacia Palaszczuk had promoted Townsville as an Origin venue during meetings with NRL bosses in June and the new stadium was considered a great chance to host the women’s game.

The clash will instead be played at the Sunshine Coast Stadium, which the NRL yesterday labelled “the perfect” venue for Women’s State of Origin.

Townsville and District Women’s Rugby League advocate Tammy Quirk said not having the game in Townsville in 2020 was a missed opportunity.

“It’s more a kick in the guts … women’s rugby league games would bring a greater crowd than what our men’s will,” she said.

“North Queensland is a massive footprint in women’s rugby league.

“The quicker they can move away from those big areas and start branching out to the regions … and recognising the footprints and how advanced it’s become, would be great.

“These ladies that take the field inspire our junior generation coming through.”

However, the NRL has not ruled out future Women’s State of Origin matches in Townsville and said the city remained on the radar for more major games.