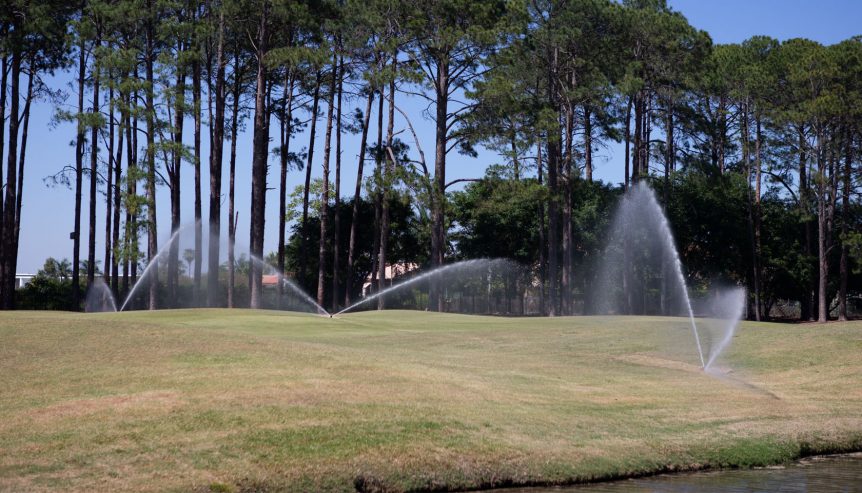 Nutrien Water Nerang was commissioned to renew the 30-year-old The Pines golf course irrigation system at Sanctuary Cove Golf and Country Club on the Gold Coast.

The irrigation system was originally installed in 1988 and had reached the end of its lifespan, so it was decided to replace the whole system.

The project was done sequentially, with the team completing one hole of the 21-hole golf course at a time, which allowed the club to continuously offer its members an 18-hole course. 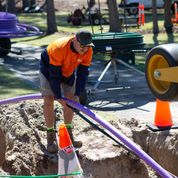 “Whilst we replaced the system, we had to make sure the construction didn’t impact the entirety of the old irrigation system; it was a requirement to keep the existing system as operational as possible so that it could keep the rest of the golf course in playing condition,” said Steve.

“The new system enables the club to apply the right amount of water every time it irrigates, based on an optimal water window and time frame the central control system establishes,” Steve said.

“With the new materials we have used, this new irrigation system will water the golf course for the next 30 years or more.”

Steve explained how the irrigation system was like a human body and required continued upkeep and care. 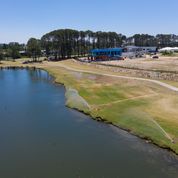 “It’s like a body – there is a pumping heart, which is the pump station. Then there are the pipes, which are like veins, ensuring water is being delivered around the golf course. And you’ve got the brain, which is the computer system,” Steve said.

Formerly known as Total Eden, Nutrien Water is the leading distributor of water products and provider of water infrastructure services.

For the past 30 years, the Nutrien Water Nerang store has been servicing the local community’s irrigation needs, from golf courses and councils, to nurseries and landscapers.