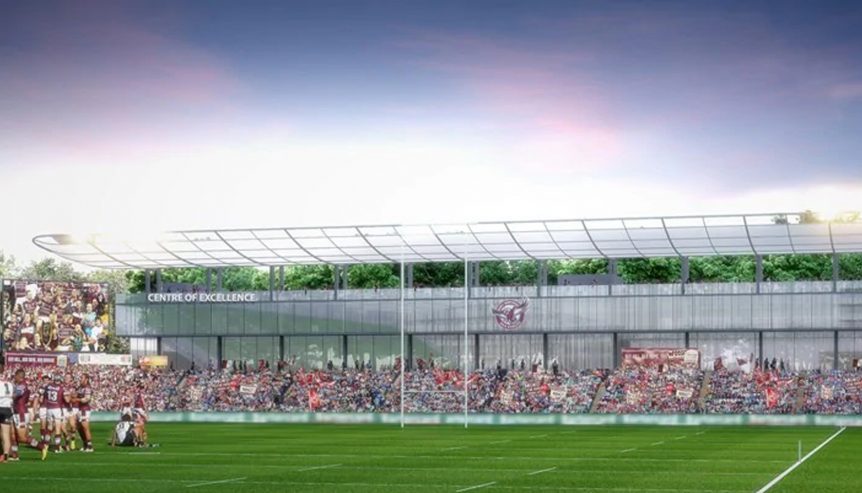 The Manly-Warringah Sea Eagles are one step closer to a $33m Brookvale Oval upgrade.

Northern Beaches Council agreed to enter into a long-term lease arrangement with the Sea Eagles at its meeting last week.

It would allow for construction of a centre of excellence and northern grandstand, which has been long coveted by the club, pending development approval.

The modest plans paint a very different picture to the original proposal — a giant “fortress” with two towers and 23,000 seats, first pitched by Sea Eagles owner Scott Penn in 2015.

Instead, there will be a new 3000 seat undercover grandstand; food and drink facilities; a state-of-the-art gym; rehabilitation pools and multipurpose education facilities.

Mayor Michael Regan said he was happy with the way negotiations were headed.

“I’m pleased with staff’s negotiations with the Sea Eagles and look forward to it progressing and going forward,” Cr Regan said.

“The development application is currently under assessment and is expected to go to a planning panel in coming months.
“There were some issues around heritage listed trees at the rear of the oval.”