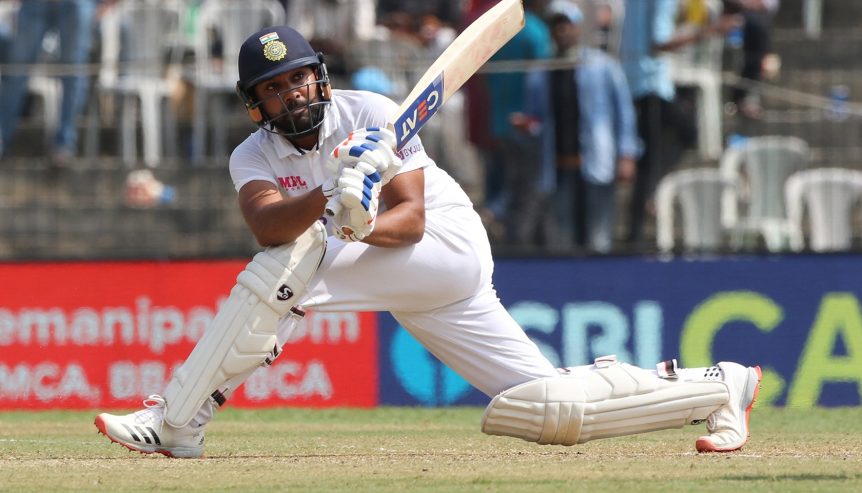 Yet England’s assistant coach Graham Thorpe was keeping a diplomatic silence on Sunday, declining to comment on the suitability of the controversial pitch being used for the second Test against India at Chennai’s MA Chidambaram Stadium.

All that Throrpe would concede was that England are now going to need a miracle to save the match on the spin-friendly surface.

Off-spinner Ravichandran Ashwin helped bowl out England for 134 on a pitch offering turn from day one, with balls often kicking up dust after landing.

But India, whose skipper Virat Kohli won the toss and batted on Saturday, have had less trouble batting on the surface. Rohit Sharma made 161 out of their first-innings 329, before adding an unbeaten 25 late on day two as the hosts reached 1-54 at stumps.

Another former England captain, Michael Atherton, said suggestions the toss has effectively decided the game are off the mark, pointing out the pitch has been “very tricky from the start”.

“It’s incredibly challenging on that surface for us on day two,” Thorpe told a video conference.

“They have a skilled spin attack on their own conditions and it was a very good toss to win. There are some balls in the pitch that you might not be able to do too much about.

“It has obviously taken turn early in the game. In terms of commenting on the suitability of the pitch for a Test, that’s for someone above me to say.”

Waugh noted on Twitter: “I’m all for a good contest between bat and ball in test match cricket but this pitch in Chennai is unacceptable at test match level.

“You can’t have the ball going through the top of the surface on day 1 from the main part of the pitch. i.e not from the footmarks.”

Broadcaster Simon Hughes called for India to be docked points in the World Test Championship, while Vaughan branded the surface “a stinker“.

England would need “something very, very special” on Monday to maintain their 1-0 lead in the four-test series, Thorpe said.

Yet Ashwin denied there were any demons in the pitch, a view echoed by ex-England off-spinner Graeme Swann.