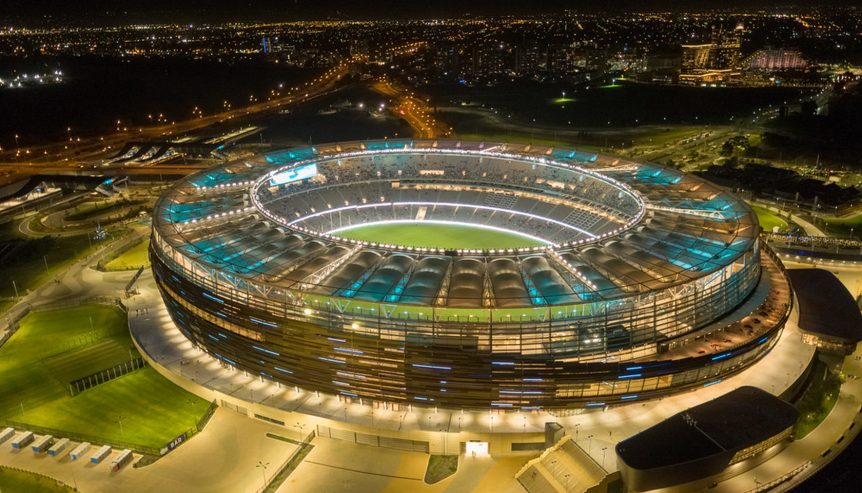 Optus Stadium curator Brett Sipthorpe says Australia and NZ batsmen won’t be confronted with cracks the size of ‘canyons’ during the first Test in Perth, but warns there will be plenty of them.

An intense heatwave will hit Perth during the series opener which starts Thursday, with the forecast 40-degree temperatures set to produce numerous cracks in the pitch.

But Sipthorpe says those cracks won’t be much more than one inch wide, with the compact nature of the drop-in wicket ensuring the cracks don’t “blow wide open”.

“Last year the cracks opened up a bit on day one, but they never really exploded,” Sipthorpe said.

“I remember two inch cracks that used to be at the WACA running up and down. They crack more like a plate here. It’s different.

“And because of the moisture we’ve got underneath – there’ll be plenty of cracks, but I don’t expect them to blow wide open. I mean you might see cracks of an inch or something like that.

“I can’t imagine them being massive canyons.”

Sipthorpe said that because each pitch was in an individual tray, it limited the wideness of the cracks when they appear.

For permanent pitches that are in blocks, the sand around it can pull at the clay when it dries, resulting in larger cracks.

“But when you’re in this scenario and we’ve got trays stacked against each other, there’s nothing to pull,” Sipthorpe said.

“It’s really just the natural drying within that profile and if it wants to expand or contract. I can’t imagine them (the cracks) being ridiculously big, but there’ll be plenty of them.”