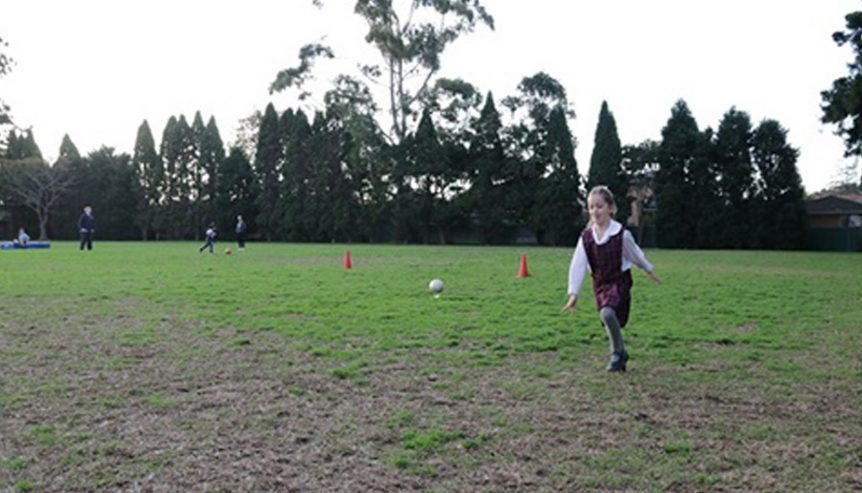 Willoughby Park’s oval 1 and Bales Park’s oval will both be upgraded with new natural turf, drainage and irrigation. The new turf is better suited to drought conditions and the irrigation means it can be better maintained. Willoughby Park Oval 1 will be closed from late August and Bales Park will be closed from mid-September. Both ovals will reopen after the upgrades in March 2021. Sporting teams and regular hirers have been moved to other grounds. Here are some more details on what’s planned:

The sportsfield will be fenced off during construction. The children’s playground, Alan Hyslop Oval (Oval 2) cricket practice nets, and concrete pathway around the sportsfield will remain open during construction. The works include a new irrigation system, a larger underground tank to store irrigation water, a new drainage system, a laser-levelled surface, and new couch grass and a new turf wicket area.

The sportsfield will be fenced off during construction. The children’s playground and concrete pathway around the sportsfield will remain open during construction. The works include a new irrigation system, a larger underground tank to store irrigation water, a new drainage system, a laser-levelled surface and new couch grass. The two synthetic cricket wickets will remain.

Why are we doing this?

The heavy demand for use of our sportsfields means existing grounds are put under enormous strain.  For this reason, it’s important to keep drainage, irrigation and oval surfaces in good condition.

Renewal of the ovals is identified in our Sportsgrounds Asset Management Plan. The plan details the rolling renewal program for sports.

The Willoughby Park and Bales Park projects were approved as part of the 2020/21 Operational Plan at the council meeting on Monday 27 July.

Both ovals have existing kikuyu grass. The first stage of the project is to remove this grass.  A herbicide called Wipeout Bio will be used – not Roundup – to remove the old grass. Wipeout Bio is approved for use in Australia. We only use it as per the manufacturer’s directions.

Our use of any chemical (weedicide/ insecticide or fungicide) in the parks and reserves is sparing and targeted – and is the last resort where other control methods are not effective.

The ovals can be safely used after drying which takes up to 2 hours, however, to exercise further caution, we have decided to keep users off the ovals for 4 hours after the spray.

The spraying only occurs on a calm day. It is sprayed from a 30 – 40cm height off the ground, meaning it’s directed so we can use the least amount possible.

Once the drainage and irrigation lines are installed, the ovals will have couch turf laid. This turf is more resilient in dry weather than kikuyu, and is generally more hardy and easier to maintain. All ovals that we have upgraded now have couch. For this process to work effectively, ie kikuyu to be replaced with couch, all kikuyu “runners” need to be removed and so spraying needs to occur.

The initial advice from our contractor was that the turf could be removed mechanically at Willoughby Park, but this advice has been revised. We need to spray on both sites. Willoughby Park will be sprayed after the construction site fence is erected, which is anticipated for 24 August (revised from 17 August) and twice more in the following weeks.