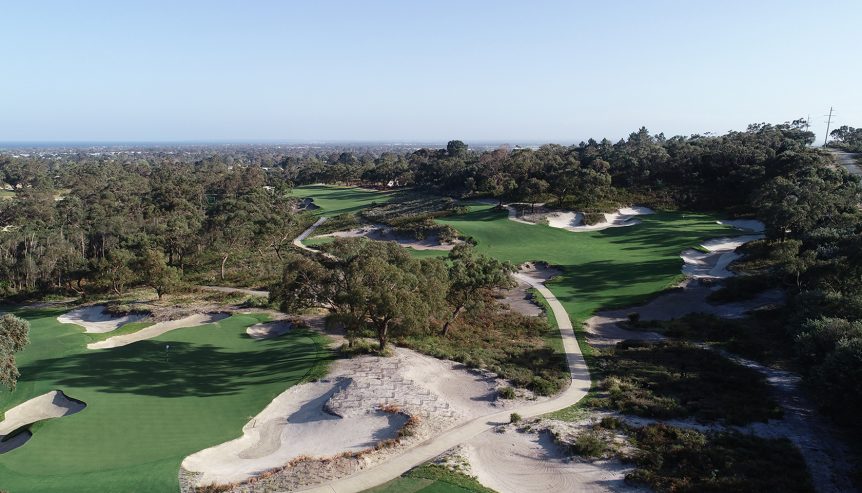 It’s been years in the making; arguably Australia’s most historic golf course merger in history.

The Official Grand Opening of the new Peninsula Kingswood Country Golf Club took place in May this year and the Club is showing no signs of slowing down just yet. turfmate caught up with Director of Courses at Peninsula Kingswood, Glenn Stuart, to get his take on the course redevelopment, merger and what it was like being there on the day of the official opening.

Glenn joined Peninsula Kingswood Country Golf Club with the responsibility of overseeing the full development in conjunction with Course Architects OCCM (Ogilvy Clayton, Cocking and Mead) at the existing Peninsula Country Club site, as well as perform the grow-in establishment and the maintenance of the course ongoing.

“When I first arrived four years ago there were only 17 staff at the Frankston site and 11 at the Dingley site. And between those two Clubs we had to find a way of merging those teams to put a greater emphasis to maintaining and elevating the Kingswood course at the level the members were used to and as an added challenge, we had to co-host two Australian Amateur tournaments in the first two years, so resources management was vital.” 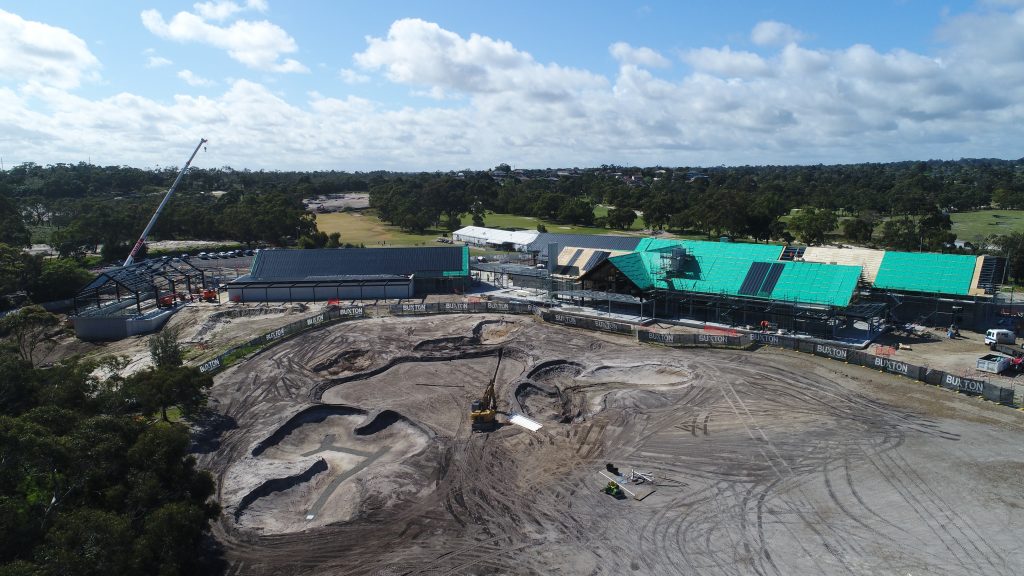 On top of this, the Frankston team was understaffed for the redevelopment at hand, so some of the staff from Dingley had to be utilised across both sites. Glenn says it was quite a challenge for the staff to learn new standards of maintenance and presentation and get their head around what new skill set was required to do the development. 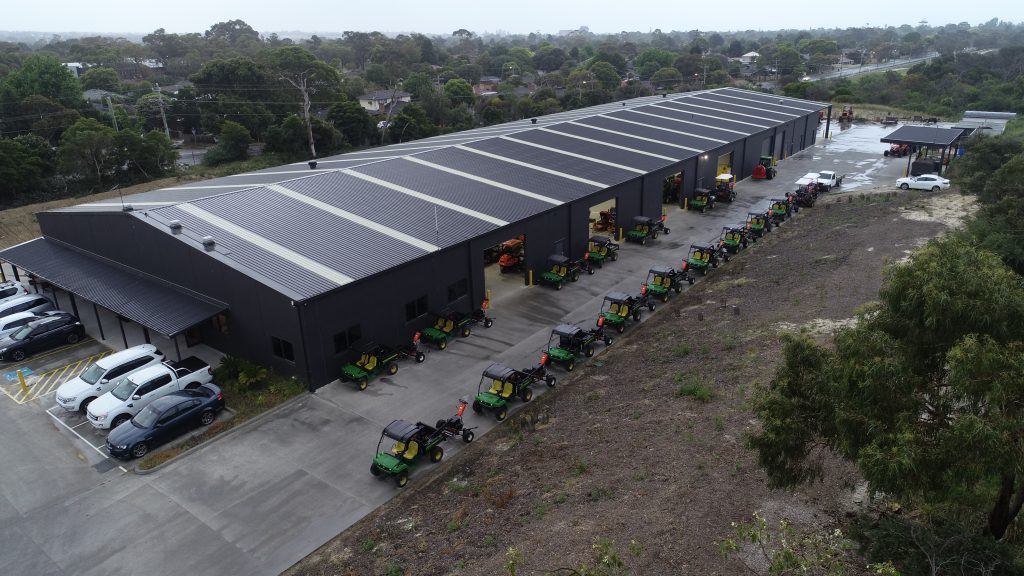 “We brought in some selected talent who had knowledge of construction methods and high-level presentation experience and worked to teach the existing staff where we wanted to go as an organisation,” says Glenn.

“Our goal when we started this development was to put ourselves in the conversation with the best clubs within Australia, in particular the Sand Belt Clubs. We are confident we’ve achieved that goal, but that was a huge challenge to find our way to this point from our beginning. Peninsula Country Club and Kingswood Golf Club were the first two private clubs to ever merge in Australia, so it was really unchartered waters for the industry.”

The team at Peninsula Kingswood worked with some of the best in the business, including highly regarded and Industry leading Course Architects OCCM – Ogilvy Clayton Cocking Mead Golf Design. The site in Frankston was also a huge asset, or as Glenn puts it, some of the best landform you could build a golf course on. The aim was to protect and enhance the remnant and significant vegetation around the golf courses, then have the golf courses and vegetation mirror each other in quality and experience.

“Over the course of the development, we installed between 50 and 60 kilometres worth of drainage and two brand new state of the art watering systems.

“To put it simply, a lot of the holes remained in the same spot, but we basically pulled those holes apart, installed the drains and watering systems, rebuilt every tee, every bunker every green and resurfaced every bit of grass and then put it back in a better form than when it started, it was quite extensive,” explains Glenn.

“We ended up with fairways that were a hybrid couch called Wintergreen Couch, we had a bit of that existing on our south course and for the greens we selected Pure Distinction Bentgrass. Both those grasses have been really sound for us in the last four years since we opened some holes. Previously we had a common couch called Legend on our north course and a mix of hybrid couches on our south course. We’re really pleased with the turf performance and outcome.”

To deliver the industry-leading standards the Club had promised their members, Glenn’s maintenance team increased their staff numbers from 17 to 34 by opening, with a projection they’ll increase to 39 staff within 2019. Glenn says that now they have the foundations built, they can now undertake the detail and fine-tuning programs over the next few years and hopefully that may culminate in some future tournament exposure for the club. 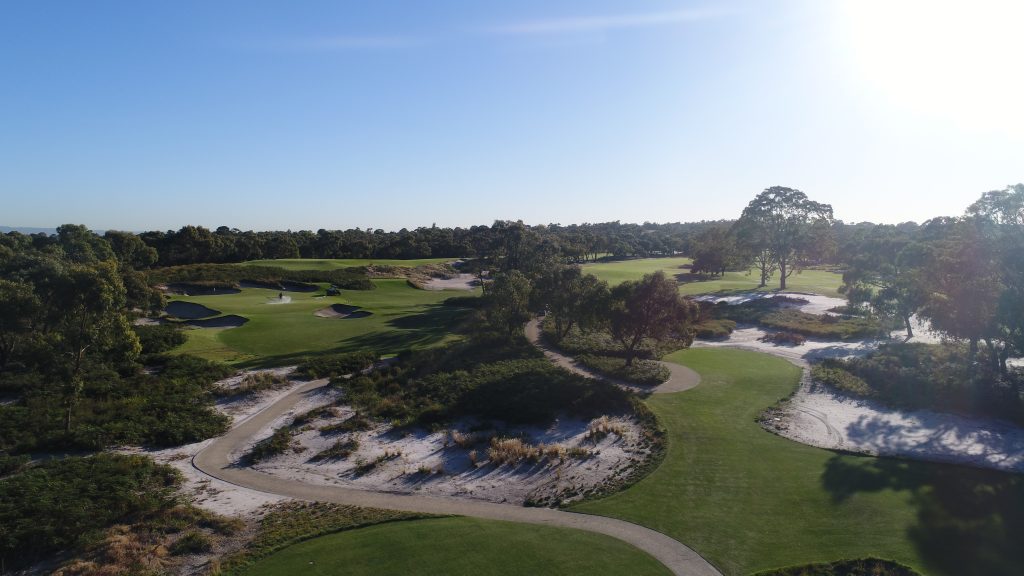 While the team has grown significantly, that has been the significant change they’ve had to get used to.

“We’ve really had to reset new levels of expectation and presentation for all aspects of the courses within our team,” says Glenn.

“The staff have just been incredible with their commitment as a group to work together and be prepared to change some old habits and instil new ones. We are so blessed to have such a great team who are driven to keep improving.

“One example is on our greens; all our greens get hand-mown right to the bunker edge. It’s only a handful of other golf clubs all over the world that have greens maintained like that. All our maintenance on greens is hand work as opposed to utilising any supporting heavy machinery work that you might normally see, which is all based on our unique greens design.”

On the Official Grand Opening Day back in May, there were about 800+ members in attendance. Glenn confirms it was an amazing event, with Victoria’s premier Daniel Andrews unfurling a new plaque at the Club to signify the beginnings of Peninsula Kingswood Country Golf Club. 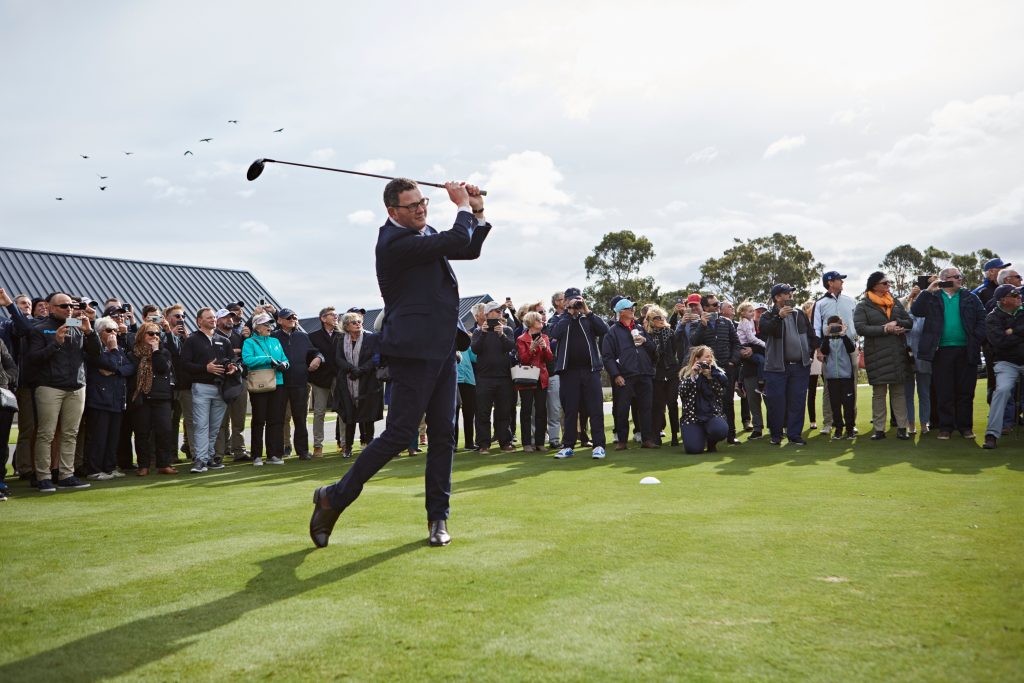 “It was a big and exciting celebration and the members had a fantastic day. We had a group of players play a six-hole round of golf, which all the members followed round. Geoff Ogilvy and Michael Cocking from our architecture team, club professionals and male and female members were playing. Victorian premier Daniel Andrews hit the first ball off the first tee. We also had a little nearest the pin shootout hole with some of our past club champions, captains and board members playing. 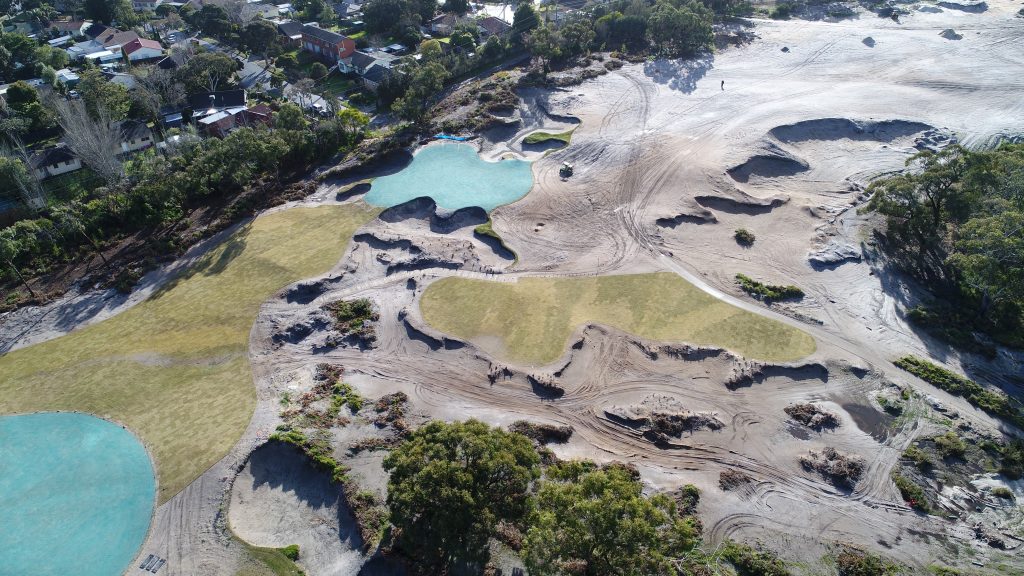 “It really culminated in a great feeling within the Club, because the four-year development period has been quite a challenge for our members. They have a brand-new clubhouse now, but they dealt with a marquee at the Frankston site for two years – they’ve been amazing the members to accept so much inconvenience. So, the emotions were really high on opening day.”

Currently, Peninsula Kingswood has about 1,900 members, but Glenn is confident that number will continue to increase the new facilities and extensive member and golf offering the club now has.

“There’s a strong demand and interest for membership here. We’re pioneering a new way of doing things and it’s truly exciting and a privilege to be a part of.”