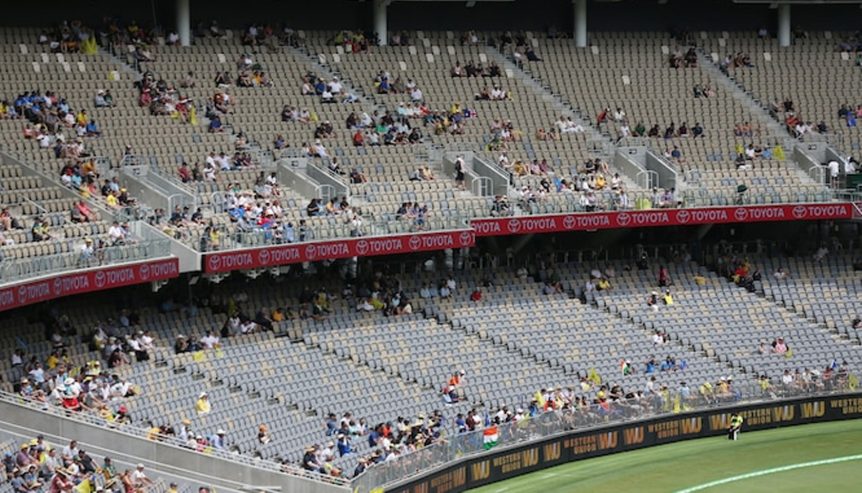 Optus Stadium is coming through its first Test with a mixed report card, failing to replicate the electric buzz of the WACA Ground but earning ringing endorsement for bringing a new level of comfort to a day at the cricket.

On Friday, former WA cricket captain Marcus North reignited controversy about the move across the Swan River when he tweeted that the WACA should be “the home of Test match cricket in the west”.

The former Test batsman said the “brilliant” new stadium was perfect for AFL, but “too big” for Test cricket. A disappointing crowd of just over 19,000 filled the 55,000-seat ground yesterday.

North, who called on the Government to help refurbish the WACA, said: “I don’t know any player that isn’t disappointed that they have moved Test matches away from the WACA.”

His comments were backed up by cricketer-turned-commentator Ed Cowan but a number of fans hit back, stating the WACA was a poor spectator venue.

Cricket Australia said if it expected a crowd of more than 15,000 for each day of next year’s Test in Perth — against either New Zealand or Pakistan — the match would be played at Optus Stadium. “If it’s under 15,000 per match day, it will be at the WACA,” a CA spokesman said.

The Sunday Times yesterday joined punters settling into Perth’s new home of Test cricket to gather their verdict on the move.

Optus Stadium was designed for public transport and getting to the game is easy by bus and train.

The trip from Subiaco railway station took 20 minutes from boarding to walking through the turnstiles in time for the first ball, despite the absence of express services, meaning a switch at Perth Station. The train was standing-room only but nowhere near as packed as footy fans would be used to.

One of the biggest positives of the new ground is the sweeping view from practically every seat. Members no longer enjoy a monopoly on shaded seats behind play either, a major plus for Chris Parker.

“Members’ tickets at the WACA were really expensive but here you can get the same sort of view a lot cheaper,” he said. “The view from the third tier behind play is unreal.”

With cricket on the grass banks no longer an option, fans have to improvise and The Sunday Times found Kath Kinnear tossing a ball to six-year-old son Brock on a quiet stretch of the concourse.

“It’s hard having no grass banks because the kids get restless sitting in the stands all day,” she said.

“We loved the WACA and this is a very different experience. Not worse, just different.”

You don’t go to a day at the cricket for the food but The Sunday Times was particularly disappointed by the butter chicken — specially made for the event — and beef and bacon burger.

Both were bland and at a combined $35 fans would be better advised to heed Mrs Kinnear’s advice to pack some sandwiches and save your money for the bar.

One of the biggest unknowns about the move away from the WACA, famed for its pace and bounce, was how the Optus Stadium pitch would compare.

Long-time member John Bominish said he was pleased the drop-in wicket had so much on offer for the bowlers.

“The pace of the pitch was one of the things that really set the WACA apart so I’m glad we haven’t lost that totally,” he said.