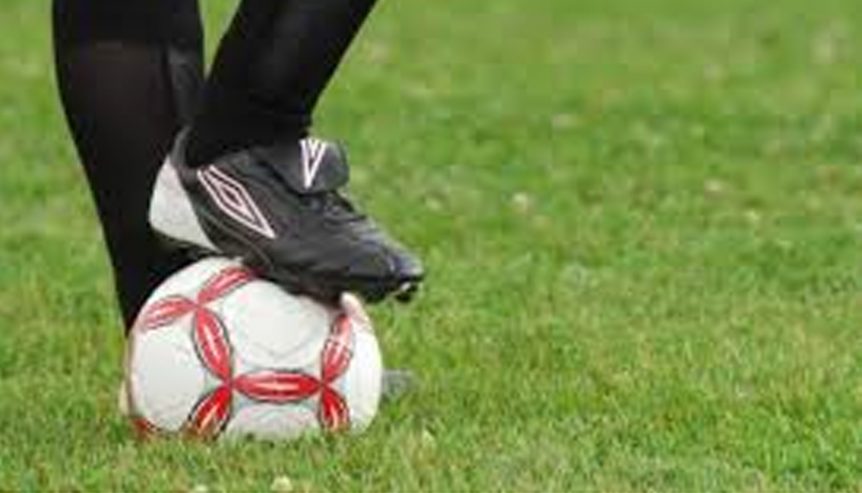 The previous part of this article presented evidence that maintaining full grass cover on a field could prevent excessive hardness (i.e. greater than 160g), even on soil-based fields during drought.

If the hardness threshold for community-level football fields was set at 160g, then most fields could remain open for play if it was possible to sustain a full cover of grass.

Only a warm season species such as couchgrass could do that. However, Australian research over many years by Dr. John Orchard and colleagues had linked couchgrass to a higher risk of anterior cruciate ligament (ACL) injury compared to perennial ryegrass. This was attributed to couchgrass having a greater tendency to “trap players’ boots preventing the free rotation of the foot and placing more stress on the knee ligaments” (Orchard, Chivers, Aldous, Bennell & Seward, 2005). They were clear that “Bermudagrass…has been shown to lead to higher ACL injury risk levels than ryegrass” (Orchard et al., 2008).

ACL injury has serious costs and consequences for individual footballers, their clubs and the wider society. It is a serious problem in all codes of football, and in many other sports as well. It is undoubtedly the most intensively researched sports injury in the world, yet the factors involved and best strategies to reduce injury are still unclear, and hotly debated. In football, the most common situation leading to ACL injury is the evasive ‘cut’ manoeuvre, where a player decelerates onto a planted foot and pivots to change direction. Because of this, there has been a strong theory that excessively high rotational traction between the boot and surface was a causal factor in the injury. Considerable research in the US and Europe has focussed on boots and studs. A landmark study in American football by Torg and colleagues showed that mandating a switch from high-traction boots with 19mm studs (rotational traction 74 Nm)  to low-traction boots with 9.5mm studs (rotational traction 38 Nm) led to a 78% reduction in knee injuries requiring surgery over the following two or three years (Torg & Quedenfeld, 1973; Torg et al., 1974). It seemed clear that stud length and its effect on rotational traction was a major factor in ACL injury.

The Australian research of Orchard and colleagues ignored boot factors and focussed on surface factors, especially the grass species. Orchard argued against players being forced to wear low-traction boots as they would not want to risk falling, whereas making changes to the playing surface would lead to a universal reduction in shoe-surface traction affecting all players (Orchard, 2005). Although his data did not include any direct measurement of rotational traction on football grounds, or a direct traction comparison between couchgrass and perennial ryegrass, he recommended that “if it is possible to use ryegrass in the profile of a football field then this should be done” (Orchard, 2005). He also recommended oversowing couchgrass with perennial ryegrass to create lower shoe-surface traction and reduce ACL injury risk (Orchard & Powell, 2003). These recommendations led to the elite-level AFL fields being either converted to pure perennial ryegrass, or having their couchgrass base oversown with ryegrass. Unfortunately, in the decade or so since this has occurred, ACL injury rates in the AFL have not fallen; in fact the last three years have been at near record levels.

Although Orchard’s recommendations were aimed at elite-level grounds, the trickle-down effect contributed to a reluctance for managers of community-level grounds in southern Australia to convert from perennial ryegrass to couchgrass. So when the drought hit in 1997 and with the subsequent water restrictions, perennial ryegrass grounds were devastated and many were closed due to lack of grasscover and excessive hardness. Couchgrass grounds, however, sustained grass coverage and were in relatively good condition. Remember the photos in Part 1 of this article. So turf managers could see with their own eyes the benefits of couchgrass compared to perennial ryegrass, but the concern among ground authorities (and their insurers) that couchgrass would lead to higher rates of ACL injury reduced its adoption in many councils.  It was clear that a comparison of the rotational traction of couchgrass and perennial ryegrass was needed.

Various devices are used to test rotational traction, the most widely-accepted device being the Studded Boot Apparatus. It uses 46kg of weight imposed on a flat disc fitted with six football studs (see Figure 1), and this is rotated until the turf is disrupted and the studs tear free. This only occurs when the disc has rotated around 25 – 40 degrees, and the torque at which it occurs is called peak torque, which is measured in Newton-metres (Nm) using a torque wrench. A peak torque less than 20-30 Nm is considered too low for athletic performance in football, whereas values over 75 Nm are considered excessive for reasons of ACL injury risk.

At the University of Ballarat, we were fortunate to obtain an automated version of the Studded Boot Apparatus (see Figure 2), developed by Les Zeller in collaboration with Dr. Don Loch and others at the Queensland DPI Turf Research team. In addition to peak torque, this device actually measures the increase in torque during the twisting process. The rate of increase in torque, termed rotational stiffness, is considered more relevant to ACL injury than peak torque. Medical research has shown that an ACL rupture in a football cutting manoeuvre occurs within a fraction of a second of the foot landing on the ground. Peak torque is only reached after 25-40o of rotation, which is very late in the test, and it is doubtful that any athlete’s foot would even rotate that far in a manoeuvre. Rotational stiffness is measured right from the start of footstrike, so is considered to be much more relevant to ACL injury.

To find out the results, make sure you check back in next week for the fourth and final part of this article series!