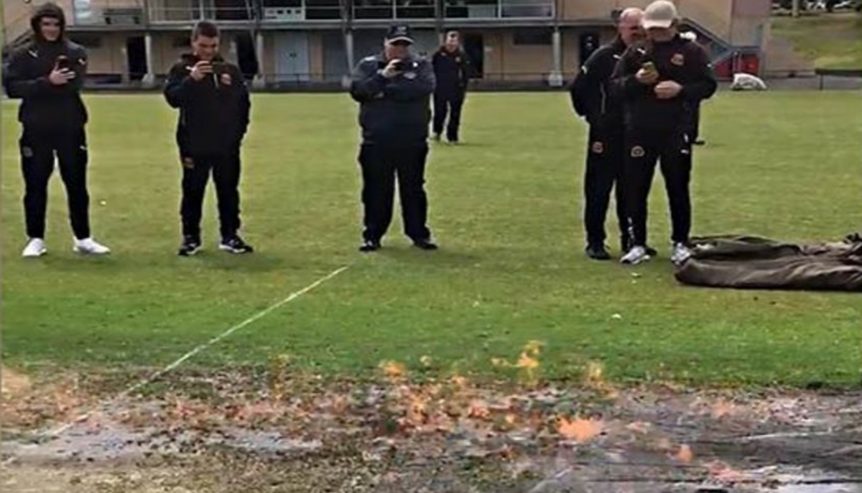 A touch of West Indies cricket came to St Kilda last Saturday morning when the curator of Harry Trott Oval set the pitch on fire in order to dry it after a night of heavy rain.

A second XI match between the St Kilda Saints and Melbourne University was expected to be abandoned after the covers dislodged on Friday night, exposing the pitch to a reported 12mm of rain.

But that was before the creative curator stepped in to use a technique that emerged in the West Indies, where humid conditions can dampen the pitch.

The curator used lighter fluid to start the fire, which burned for an hour. 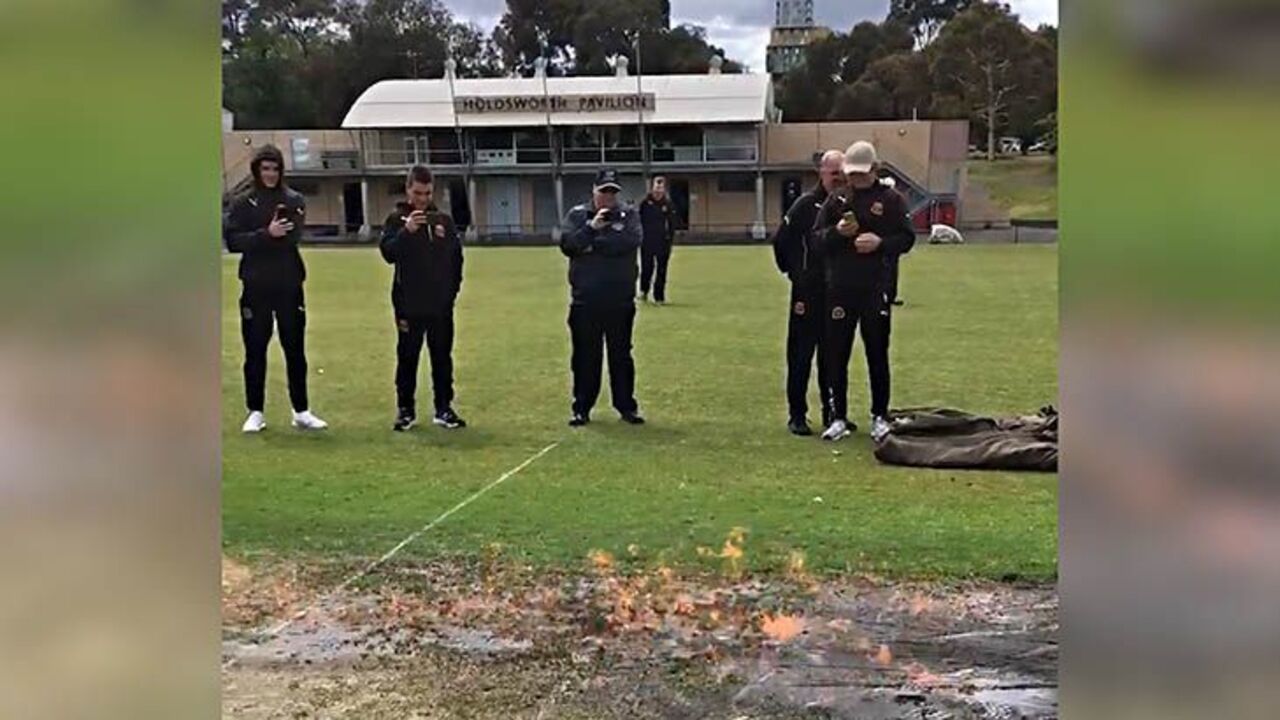 Images of a pitch in flames spread around the world from a tour match at St Lucia during the 1990 English tour of the West Indies.

The method has rarely been used outside of the Carribean, though in 2016, a Darwin curator set fire to the Asbuild Sporting Complex surface after the covers were removed before a storm rolled in, and again in 2017 when sprinklers were triggered prematurely.

Jean-Luke Desmarais, general manager of the visiting Melbourne University Cricket Club, said the use of fire to dry a pitch was unusual in Australia.