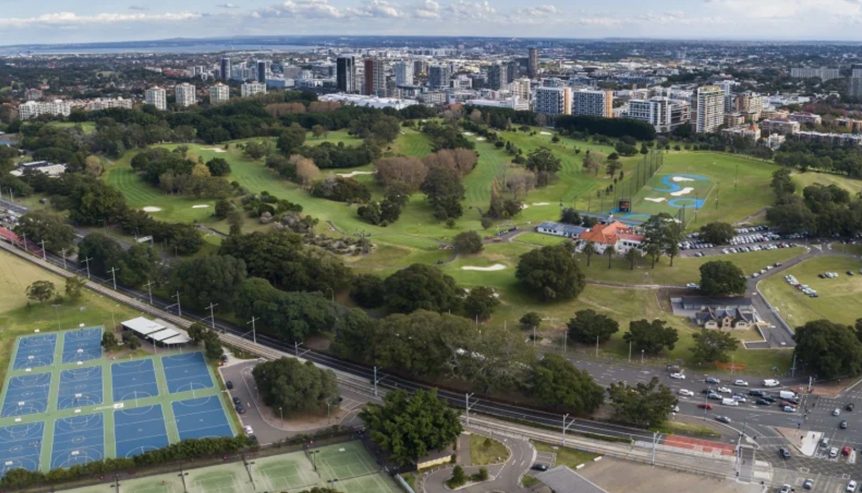 The City of Sydney council is pushing ahead with plans to halve the size of Moore Park Golf Course to unlock more parkland, as the state government’s new parks super agency considers two proposals to carve up the site.

Lord mayor Clover Moore wants to cut the course in the east from 18 holes to nine to meet a growing need for open space for residents, arguing the land was intended for public use.

The council has revealed two plans for how half the course could be sliced off and converted into about 20 hectares of parkland. Cr Moore will outline the options in a mayoral minute at Monday night’s council meeting.

Liberal councillor Christine Forster said the proposals were “preposterous” and the overall plan to shrink the popular course – which has been resisted by Golf NSW – was “shameful”.

Councils are increasingly eyeing Sydney’s fairways, as coronavirus restrictions have sent more residents outside and put pressure on parks and public spaces in densely-populated parts of the city.

The two options for reconfiguring part of the course retained the driving range, clubhouse, and maintenance depot and require “only minimal reconfiguration of the fairway and greens”, Cr Moore said.

One option is to locate the parkland to the north of Dacey Avenue on the western side of the course, while the other proposes transforming the area south of Dacey Avenue. Each would create 18 to 20 hectares of parkland.

Cr Moore has presented the plans to Planning and Public Spaces Minister Rob Stokes, who requested the newly-formed Greater Sydney Parklands Trust, which oversees Centennial Park and Moore Park, to consider them.

In her mayoral minute, she says the demand for more public parkland has been driven by changes to the course’s surrounds, where residential development has replaced swathes of mostly industrial land.

“The area of Redfern, Waterloo and Green Square … is becoming the densest residential area in Australia, with an expected residential population of up to 70,000 people and 22,000 workers by 2031,” Cr Moore said.

“The proposed Waterloo [estate redevelopment] alone will see an additional 15 to 20,000 people. By 2040 up to 90,000 additional people could be living within a catchment less than 2 kilometres from Moore Park.”

She said participation in golf was dropping and golfers were “well-catered for”, with 12 courses – six of which were accessible to the general public – were located within 12 kilometres of Moore Park.