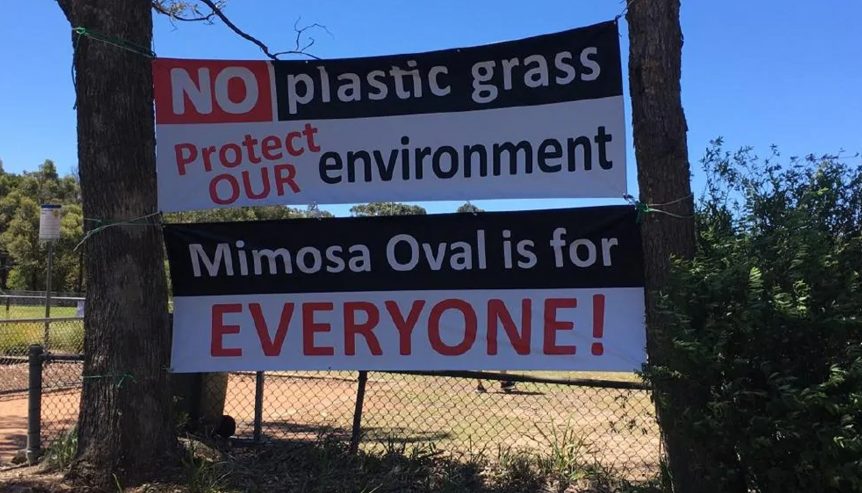 A plan to turn a north shore park into a synthetic field for local sporting clubs has taken root – sparking conflicting petitions signed by more than 4100 residents.

Ku-ring-gai Council has moved ahead with plans to replace the grass sportsfield at Rofe Park, also known as Mimosa Sportsground, with synthetic turf to accommodate clubs including the West Pymble Football Club and Northern Suburbs Football Association.

The council said the $1.8 million project would address the region’s population growth, rising participation in sport and “wear and tear” on existing ovals in the municipality.

The works were originally proposed at Norman Griffiths Oval in West Pymble – the home ground of the West Pymble Football Club – until an analysis found the site was “not viable” due to floor risks and “prohibitive” costs of up to $1.7 million.

The project’s relocation to Rofe Park has been backed by sporting clubs, with the Northern Suburbs Football Association saying it would allow members to train and compete throughout the year.

The council has recommended the project move to design and construction phases in 2019/20 along with general upgrades at Norman Griffiths Oval.

But residents and members of the Friends of Mimosa Oval, Rofe Park and Sheldon Forest community group have raised concerns over the project including impacts on existing users and other sporting groups.

“This is a shared football and cricket field and the proposal excludes cricket completely at a time when their members are increasing – particularly in the girls and women’s’ competitions,” resident Trish Lynch said.

“They don’t let dogs on the plastic fields because if they defecate it’s very hard to clean off and they won’t let kids on cycle on it.

“With the heat in summer, cricket clubs won’t be able to compete on it either and a lot of parents are saying they wouldn’t want their children playing on it.

“If it’s converted where will the existing users go?”