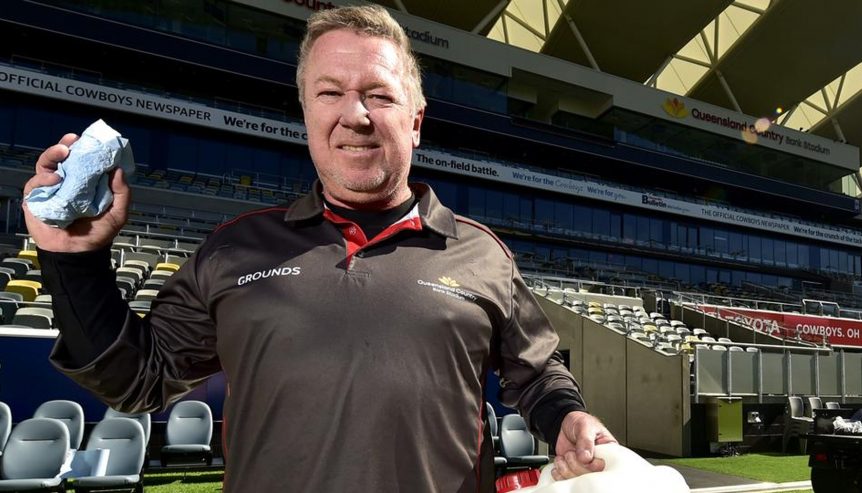 It was reported the stadium surface was left in a shocking state following the hosting of the Jeff Horn-Tim Tszyu megafight.

While the bout broadcast around the globe was a major economic boon for the city, it left plenty of work for the stadium’s curator Bruce Fouracre and his team.

The boxing ring had been erected on the centre of the field, with plastic flooring surrounding it. It is understood it was sitting on the surface for six days.

The turf underneath the construction had died in the time and had to be replaced.

“It is not unusual to require some turf replacement following a major event and following the Horn V Tszyu fight a section of turf at Queensland Country Bank Stadium has been identified for replacement, which was finalised (yesterday),” a stadium spokeswoman said.