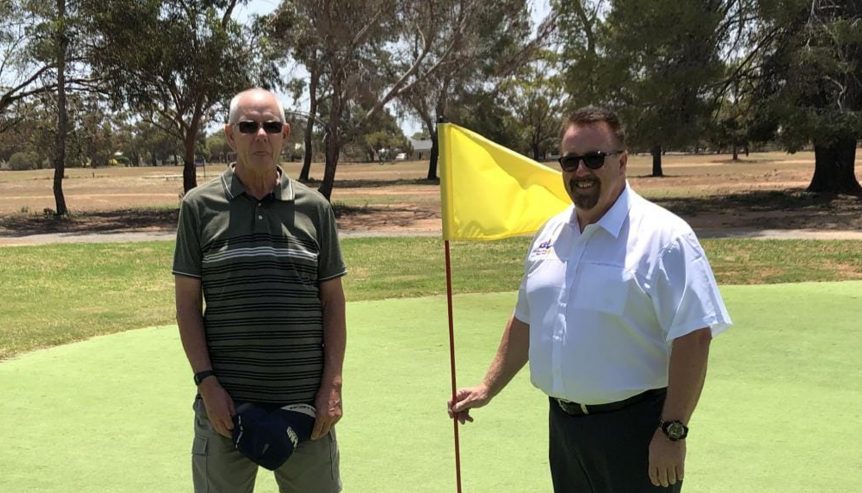 The Port Pirie Golf Club is under threat of closure as drought conditions turn the course into a dust bowl and drive members away.

The privately owned club is struggling to keep the course green and has asked Port Pirie Council for a $1 million grant to improve its water infrastructure.

Club president Grant Norton said financial support from the council was vital to the club’s future.

“Our membership is declining and the state of the course is getting worse, so without the assistance the worst case scenario is we would have to close our doors,” Mr Norton said.

He said the council funding would help irrigate the course for the next two years and create a pipeline from metal processor Nyrstar, which would provide access cheaper water. The course is in such a dire state that players are travelling to towns such as Port Broughton and Crystal Brook to play golf.

Ralph Johnson has been a member of the club for almost 30 years and has seen the course change over that time.

He said that if the course did not improve, it could put the future of the club in jeopardy.