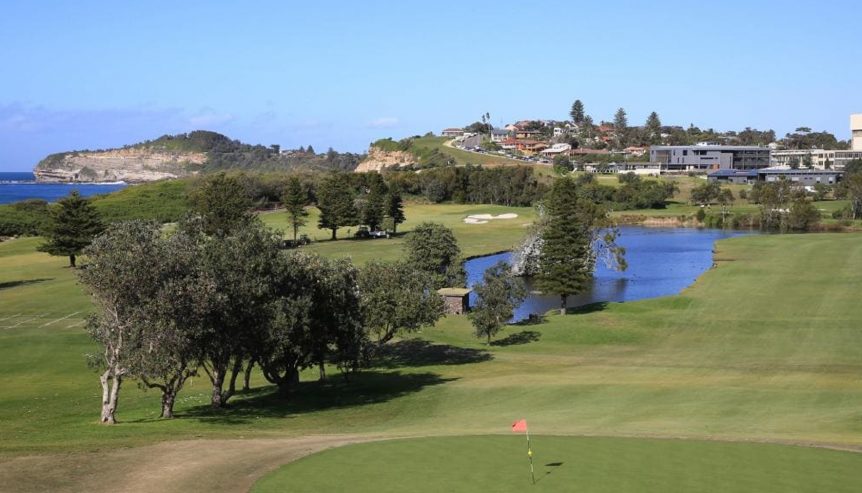 The move comes after a woman was hospitalised after being struck in the back of the head two weeks ago while walking on a section of the Northern Beaches Council’s coastal walkway next to the course.

Mona Vale residents who use the upgraded, shared path — opened in May last year at a cost of $400,000 — said they regularly had to dodge wayward golf balls.

Residents said the concrete path, which winds along the eastern edge of the fairway, was dangerous because a redesign of a nearby hole meant walkers could not see golfers teeing off.

Gill Stokes, who uses the path twice a day to walk her dog and who regularly takes her six-month-old grandson for a walk in a stroller, feared more people could be seriously hurt.

“You can see golf balls flying across the path all the time,” Ms Stokes said. “It should have been built on the other side of the dunes, nearer the beach,” she said.

Mr Hugill wrote back to Ms Stokes on Wednesday, telling her the club had met with the council and its insurance company to discuss the issue.

He wrote that the club’s board was “reviewing what can be done to make the area more safe”.

At the meeting with the council, discussion points included installing a safety fence and planting more vegetation to better protect walkers.

There were also suggestions that some vegetation be cut back so golfers and walkers could see each other more easily and that protective screens be moved closer to where players tee off.

Reducing the length of the 373m par 4 17th hole was also discussed.