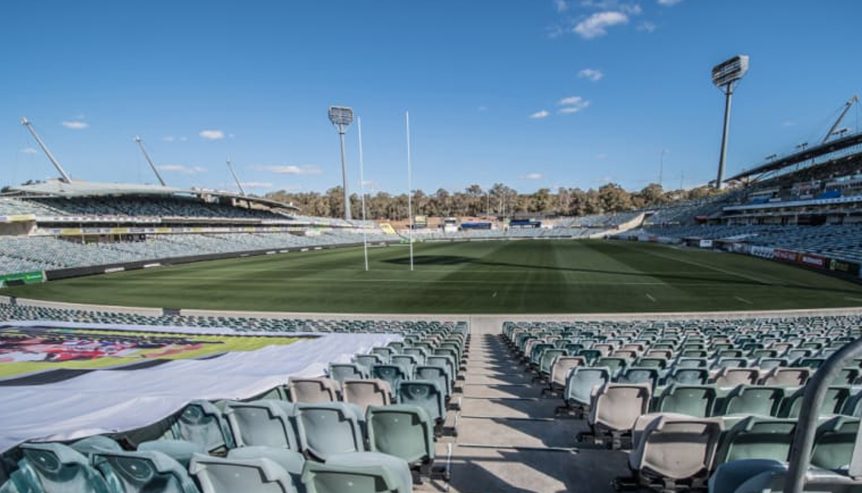 A rebuild in the heart of Parramatta could be the key to delivering a stadium in Civic as the ACT government’s plan to transform Canberra’s city centre evolves.

The NRL has urged ACT Chief Minister Andrew Barr to explore the prospect of building a Western Sydney Stadium-like venue in the capital, which will hold 30,000 people.

The territory government is in talks with the Australian Sports Commission about buying Canberra Stadium, which could pave the way for a redevelopment of the existing venue.

However the government could develop the land with the funds going towards a new roofed stadium in the CBD, one Canberra Raiders chief executive Don Furner and the ACT Brumbies have been longing for.

“In my most recent meeting with the NRL in relation to future stadium design and facility needs, they were very keen for us to have a look at the Parramatta Stadium rebuild that’s currently underway,” Barr said.

“We’ve gone and done that, and that does present a different model for stadium delivery. It’s a much more compact footprint, much steeper, that may well be a design that could fit more comfortably into the available site of the CBD.

The territory government set aside $1.8 million for upgrades to the Canberra Theatre this year, having allocated $700,000 to start developing a business case for a new theatre.

The size of the current theatre has excluded Canberra from hosting major events, so the an extension or a new centre built on the site of the Mooseheads car park have been floated as options.

Barr has reaffirmed his commitment to an expanded theatre precinct after he said the prospect of buying Canberra Stadium may not come to fruition for another decade as negotiations continue with the Australian Sports Commission.

The commission is planning to downsize the campus at Bruce and reshape the way the AIS is used by athletes, coaches and sports scientists but the future of Canberra Stadium remains unclear.

The ACT government pays $350,000 per year to rent Canberra Stadium for ACT Brumbies and Canberra Raiders matches while also spending money to use the AIS Arena and the AIS pool.