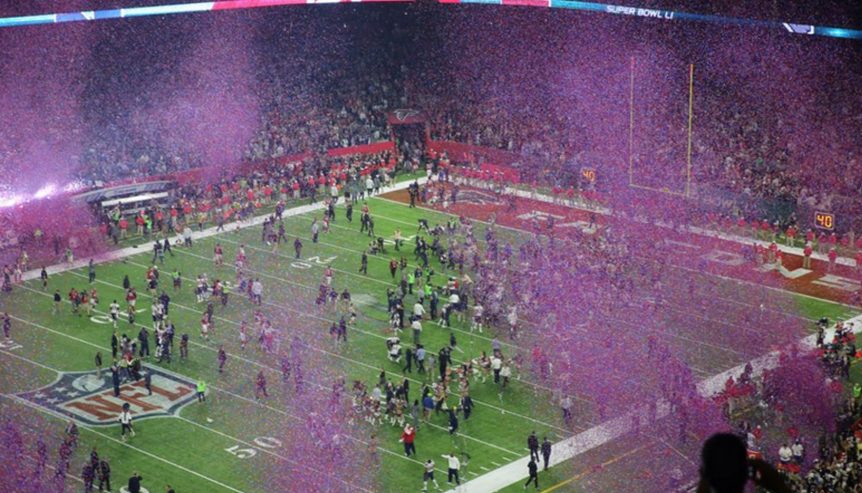 Luke Houghton is the Director of Field Care for Field Turf and was responsible for making sure the surface inside the stadium in Atlanta was perfect for the matchup between the Patriots and Rams.

A Newcastle man oversaw preparation of the playing surface where the New England Patriots and Los Angeles Rams will square off in Super Bowl LIII on Sunday.

Luke Houghton is the Director of Field Care for Field Turf, a company that installs artificial turf surfaces, including at five NFL stadiums including Mercedes-Benz Stadium, where Super Bowl LIII will take place, and Gillette Stadium in Foxborough, Mass.

”Words can’t describe it,” Houghton said about Mercedes-Benz Stadium. “You see if for the first time and then you go inside and it’s so massive, but just the aura of the Super Bowl and to be involved in it is tremendous.”

Houghton helped the crew at the Atlanta Falcons stadium with new equipment, as well as teaching them how to maintain, brush, and level the field.

He went back in January because stadium staff wanted the top coat of rubber removed and replaced before Sunday’s big game. Houghton’s team removed 17-20 tons of rubber, he said.

“Even after 20 years, there’s still some stress,” said Houghton. “You’ve got to get it perfect.”

Houghton was born in Natick, Mass., but has lived in Maine for 40 years. He always wanted to play football, but his high school, Lincoln Academy, never had a team. He went to Maine Maritime Academy and walked on to the football team and played under John Huard.

Huard later worked for Northeast Turf. Houghton got his start in turf under Huard as a project manager in 2000 and worked with them for 14 years. He has worked for Field Turf for more than 20 years.

Houghton also helped prepare the field for the College Football National Championship at MBS in 2018.

He came back in January to perfect the playing surface for Super Bowl LIII.

“To get the field ready for a game of this magnitude is tremendous,” said Houghton.