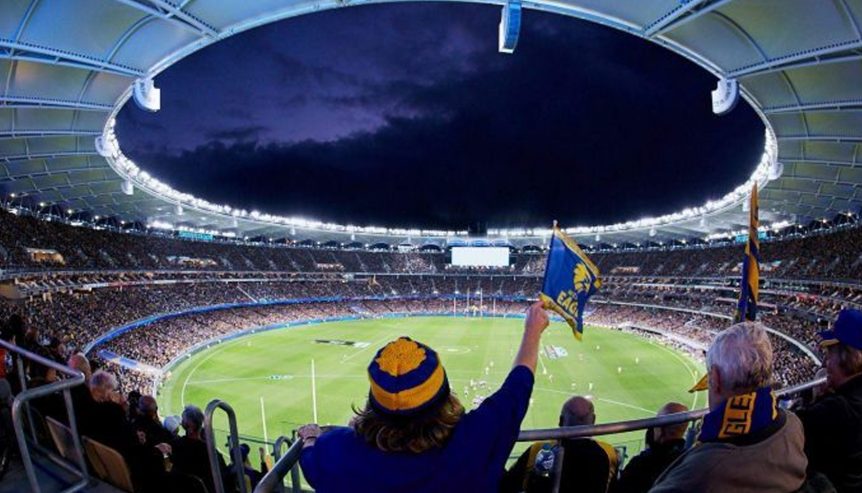 It has been an outstanding start to elite sport and entertainment on the Burswood Peninsula.

As the first AFL season at the new venue draws to a close, there is little doubt the new Perth Stadium has been a success.

The qualifying final between West Coast and Collingwood was a spectacle on — and off — the playing field.

There was a record crowd of 59,585 spectators at the third-biggest ground in the country and the game sold out just minutes after tickets went on sale.

Those who couldn’t get a ticket watched from the pub next door or from home.

It was a terrific display of the strength of football in Western Australia and the benefits are already being felt beyond sport with the shift from cars to public transport, the promise of more international and interstate visitors and the civic pride that comes with having such a high-quality piece of infrastructure in the state.

It is clear that the stadium has been embraced by the community.

But, in a sport-mad state, did we underestimate the appetite of the WA public by capping the capacity of the new ground at 60,000?

There were early indications from former premier Colin Barnett during the early design phase in 2012 that the venue was set to be bigger.

But stadium planners were adamant that 60,000 was the right number after two years of research and consultation with the sporting codes.

They took into account maximising the atmosphere at the ground for all games, population growth in Perth and forecasts of future memberships for Fremantle, West Coast and Perth Scorchers.

The stadium does have the ability to expand to 70,000 within the existing structure.

Seats can be added between the top tier and the halo roof.

It is understood that would be a costly exercise and one the State Government would think twice about, given that the stadium has just cost $1.6 billion to build.

But judging by the AFL crowds in 2018, an argument could be mounted to do so.