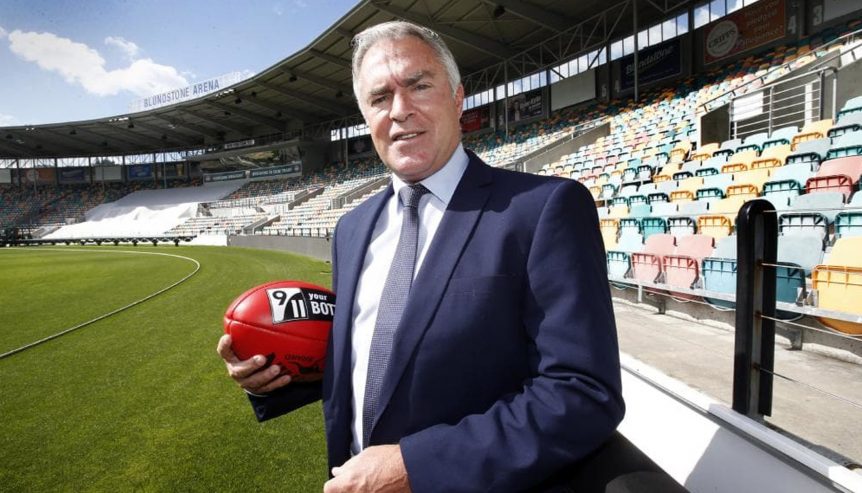 Hosting the first Tasmanian AFLW game at North Hobart Oval would send a statement to the AFL and be a real home ground advantage for the state’s North Melbourne-aligned side, local legends say.

Two key members of the fabled 1990 Tasmanian State of Origin team have thrown their weight behind a push for North Hobart to host the first match featuring the North Melbourne-Tasmania Kangaroos.

Former Fitzroy and Adelaide coach Robert Shaw, who guided Tasmania to that historic win in front of a packed North Hobart Oval crowd, said the venue still remained the heart of Tasmanian football.

“Nothing against the other grounds, but it is a really good statement of support for the North Melbourne-Tasmania Kangaroos,” Shaw said.

“We’ve branched out and moved around, but everyone who has played a final at that ground, win or lose, has great memories of a ground that has got as good an atmosphere I’ve played or coached at.

“That’s the beauty of North Hobart. The high sides, the crowds, let’s hope people get behind it and really support it.”

Scott Wade, who was selected from Clarence in the statewide league to take on the powerful Vics, said the tight confines of North Hobart Oval could be an advantage.

“It is a perfect venue for AFLW,” said Wade, a former AFL Tasmania chief executive.

“It always has great atmosphere and great history and I think the smallness it might become a real home ground advantage.”