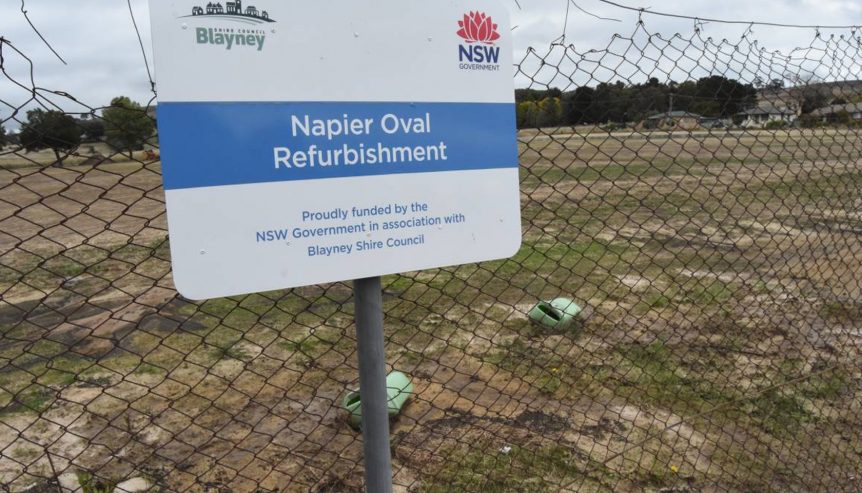 The forecast was for rain, just what would be needed to help the newly seeded surface at Napier Oval take hold.

What the Manager of water and wastewater projects at Blayney Shire Council Charlie Harris, or anybody for that matter, wasn’t expecting was the absolute deluge that occurred on Saturday March 13.

Over 50 millimetres of rain fell around the Blayney district in under one hour, causing widespread damage in places that are usually high and dry.

Five days earlier a contractor spread hydromulch, a slurry of water, seed, fertiliser, cellulosic mulch, tracking dye and a binder over the oval in anticipation of wet conditions on the weekend.

The result would have been perfect if only those downfalls had been light and consistent, not biblical in their proportions.

Without a chance of the seeds sprouting and taking hold, the hydromulch was lifted off the surface of the oval and carried away, no doubt to areas lower than the newly levelled playing surface.

“The Hydromulch and seed has been predominantly washed away with only patches remaining after last weeks torrential rain. Soil across the field has also been scoured and will need repairing when the field dries out enough,” Mr Harris said.

“There was also mud washed into the toilet block at Napier.”