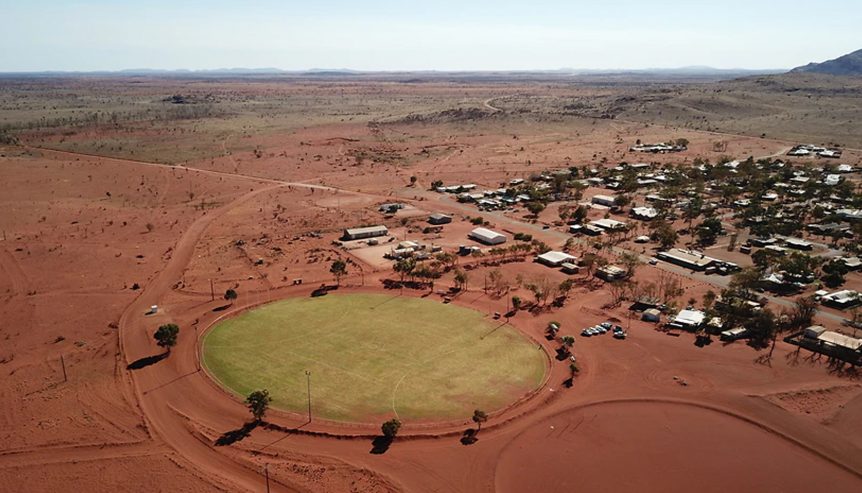 The existence of a green grass football oval in the desert town of Amata in the remote APY lands is something of a miracle.

Surrounded by endless miles of red dirt, the newly completed grass oval is an oasis for the community in the harsh, dry central desert.

The oval will be used by the whole community, with school kids of all ages, as well as the local community football league playing games on the field.

The APY Lands, which stands for Anangu Pitjantjatjara Yankunytjatjara, is a remote Aboriginal local government area in the north-west corner of South Australia.

The vast arid lands of the Central Desert is home to about 3,000 people spread across around a dozen small communities. With a land-mass of more than 100,000 kilometers squared, the region is larger than the size of South Korea.

Wirangu man Paul Vandenberg from Port Adelaide Football Club visiting from 1,300 kilometers away, says Australian rules football is everything to the community up here.

“It is absolutely a bit of a religion…football is the key, (it) seems to be the one thing that brings all communities together,” he told SBS News.

Mr Vandenberg, who has been working with Port Adelaide’s Aboriginal outreach programs for nine years says the new grass oval is still a bit of a novelty to the kids, some of whom have never seen grass before in their lives.

“We are used to seeing red dirt and dust, and kids running around with no shoes on. This might be a good opportunity for them to try some boots on and run around,” he said.

Growing the grass oval is no easy feat in this dry part of Australia, where water is both precious and scarce.

The South Australia Water Corporation invested around $2.5 million dollars on the overall project which involved laying the infrastructure that would convert the town’s excess wastewater into suitable irrigation water for the oval.

Prior to that, there was no use for the wastewater from town.

“It means you have a sustainable green oval well into the future because you have that environmentally sound supply of water. You are not dependent on it falling from the sky, you can take is straight out of the wastewater treatment plant,” SA Water’s Anna Jackson told SBS News.

“Obviously it is going to be money extremely well spent from the point of the community who are going to get great use out of it for years to come,” she added. 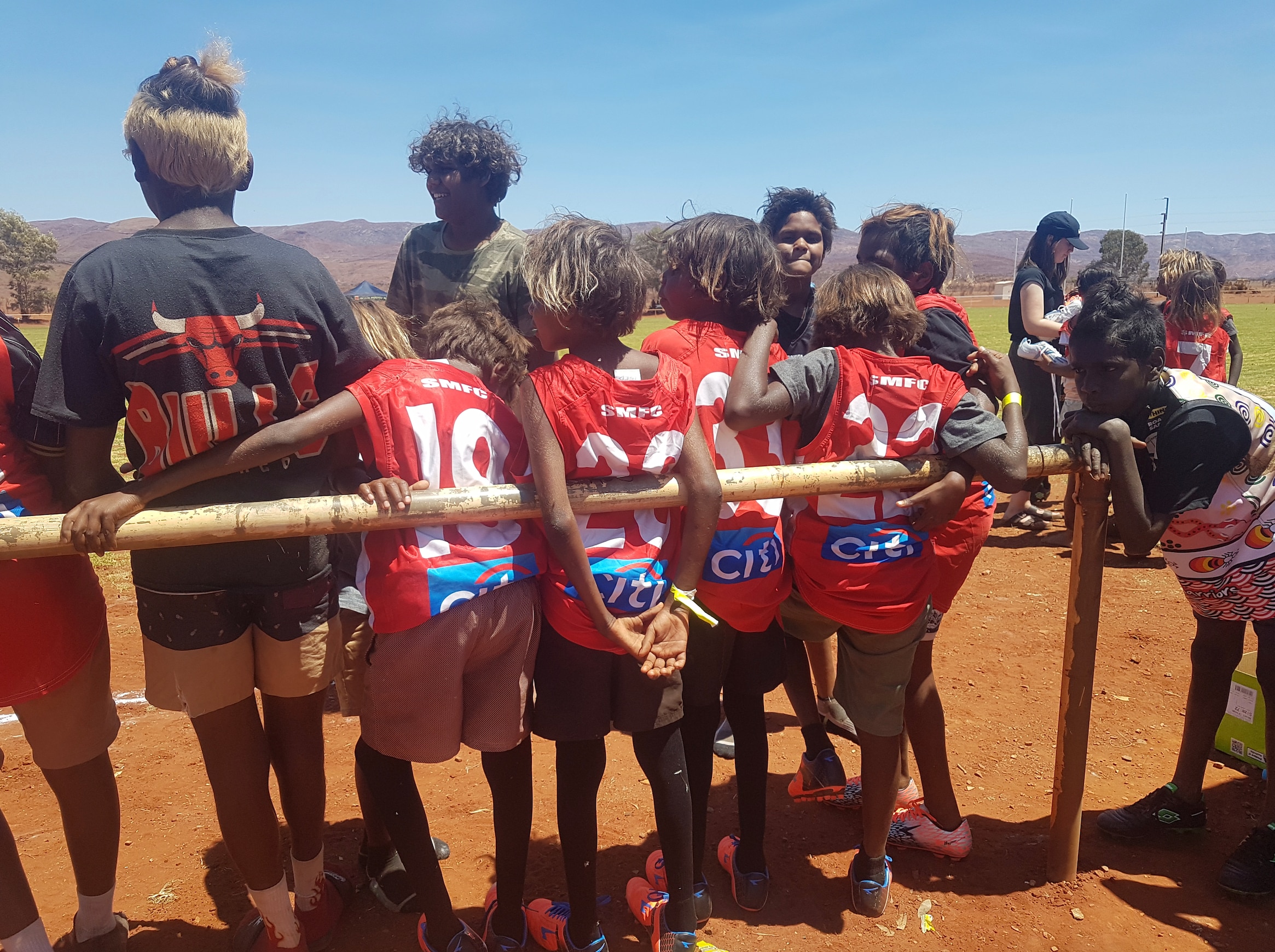