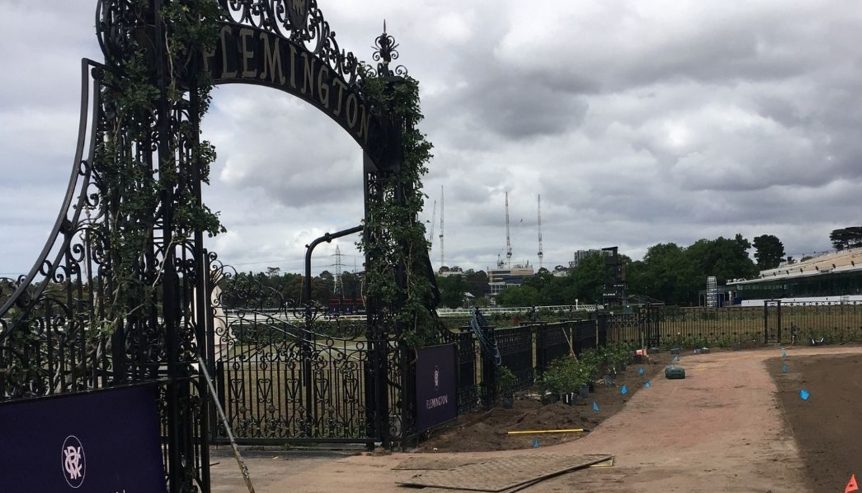 Looking after the turf and plants at one of the most prestigious racecourses in the country requires dedication and patience, something the horticultural team at Flemington Racecourse, R&D partners with Neutrog, have in abundance.

After a successful racing season, Mick Ryan, Stephen Campbell, Daniel Neville and the horticultural team have started renovations in the mounting yard in preparation for another successful season in 2022. 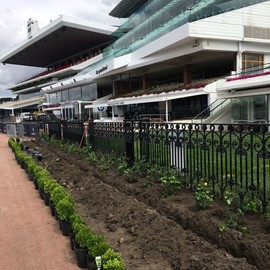 Many of the roses were in need of replacement as they were past their prime. The old plants have been removed, Seamungus was added to condition the soil and then the new roses were planted.

To complement the new roses, the existing hedge has also been removed and replanted. Dutch Box hedges, Buxus sempervirens var. suffruticosa, was chosen due to its hardiness and predictable, steady growth. 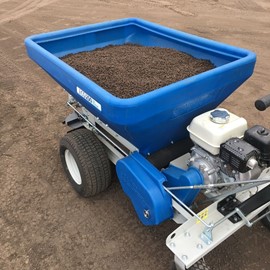 The most significant element of the project is the improvement of the 1000 square metres of turf in the mounting yard, which apart from the track itself, is a highly visible, high traffic area of turf that needs to be in excellent condition.

The existing turf had been failing to drain properly so it was removed right back to the sandy loam soil underneath and new irrigation was installed throughout all areas.

A mixture of Santa Ana couch mixed in with rye was chosen for this area and in preparation, 300kg of Bounce Back was applied over the soil. This rate is higher than the recommended application rate for Bounce Back, but the Flemington horticultural team had identified the need to significantly improve the organic content in the soil hence the higher rate.

One of the benefits of a product such as Bounce Back is that it will deliver a boost when applied at the recommended rate, but can be increased, as in this instance without having an adverse effect on immature plants. 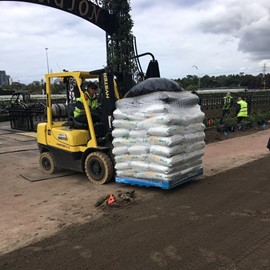 The application of a biologically activated, organically based product will give the turf of the Flemington Mounting Yard a well-structured growing environment with plenty of microbial activity. 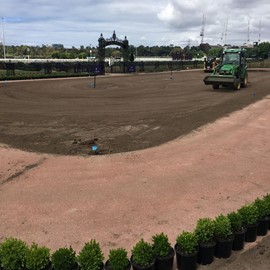