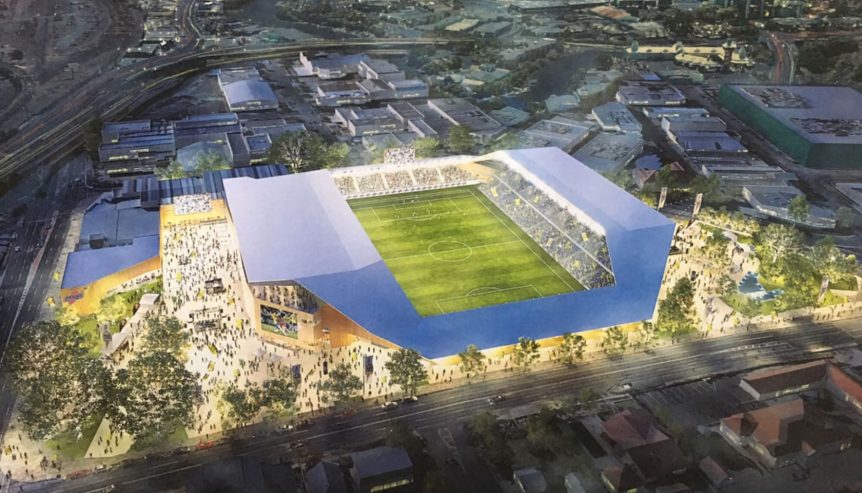 Brisbane Roar fans sick of watching their A-League team play in a near-empty Suncorp Stadium have criticised a report to the Queensland government disapproving of a boutique stadium.

The Stadiums Queensland Taskforce report recommends no new stadiums be built in Brisbane and the 18,000-seat Ballymore be demolished.

With a capacity of more than 50,000, Suncorp Stadium is considered too big for many Roar fixtures, but nowhere else in Brisbane is up to standard for professional sport.

But none of that is necessary, the report released on Wednesday claims, even if the city was home to A-League or NRL expansion teams or to host matches in major one-off events like a women’s World Cup.

“There is current capacity for additional content within the existing venues,” the report said.

“It is more fiscally responsible and viable for the State to maximise the utilisation of Stadium Queensland’s existing major sporting venues instead of constructing, managing and operating new assets.”

The position has angered those who believe Suncorp lacks atmosphere for A-League and W-League matches, with claims more than 70 per cent of Roar fans want the club to play home games at a smaller stadium.

“This raises a significant question in relation to this report – who was consulted in forming the conclusion a new stadium was not required?” Roar Supporters Federation president Richard Moss said.

“Ballymore venue is more aligned to being a training, club participation and administrative hub for rugby and compatible sports as opposed to being a location for a major stadium,” the report said.

The report also acknowledged pressure on the Gabba after the ground was overtaken as a preferred cricket venue by the redeveloped Adelaide Oval and Perth’s new Optus Stadium.