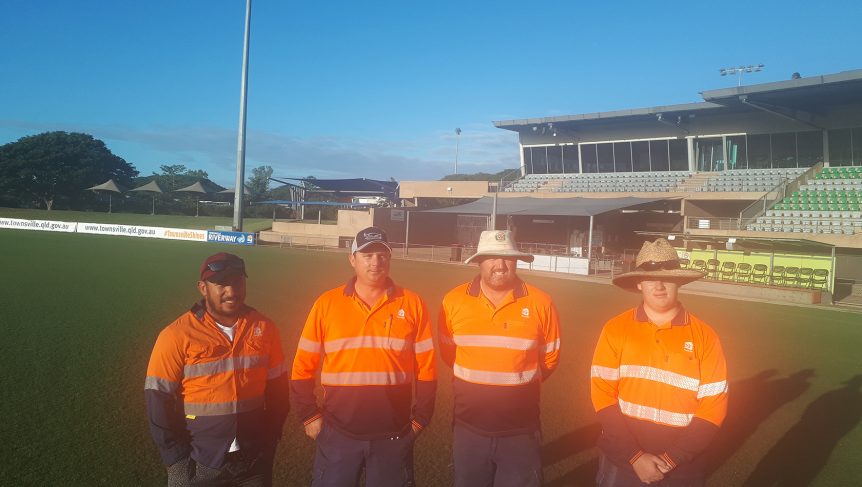 February this year saw Queensland’s Townsville ravaged by a devastating flood, causing long-term damage to much of the city.

Riverway Stadium was one of the affected areas and with their first ever AFL game scheduled for June 15 this year between St Kilda and the Gold Coast Suns, it’s been a tough road to recovery.

turfmate spoke to Chris Hay, the Head Groundsman at Riverway, to find out how the ground is looking now and the work they have done to get it there.

“The floods were a really devastating time for the city as a whole. It was the middle of cricket season for us at Riverway and we were relatively lucky as we have a decent drainage system, but some of the other grounds in other areas of town were completely devastated by silt,” explains Chris.

The renovation and recovery process for the team at Riverway is ongoing, but the team has pulled together really well to get through the remainder of the cricket season and then prepare for the AFL match in June.

“It was difficult to put a renovation process in place, we just had to think on our feet and take it one day at a time. We were trying to go about our usual renovation process of coring and that sort of thing, but it just kept raining, even after the initial downpour. We’d end up getting 50mL overnight, so it was hard to plan ahead.”

Chris acknowledges that after the region being in a drought for the past decade, it is a challenge to deal with such vastly different conditions. The infrastructure at the ground is not designed to deal such a vast quantity of water and the groundstaff didn’t even have a top dresser or dedicated sprayer, because in times gone by it just wasn’t necessary.

But, despite all the challenges, Chris says that he has happy with where the Conquest couch is at and the renovation process is tracking along really well at the moment. 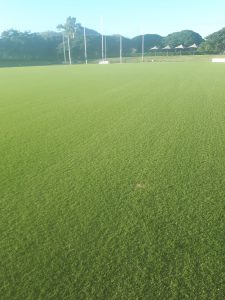 “It really is a quality ground and back before my time the team hosted some big events here, like international cricket matches against England, South Africa and India.

“The team are a great bunch of guys – Russell Bagley, Sion Leysley and Chris Marshall – they are all so dedicated and the recovery is a testament to their hard work,” says Chris proudly.