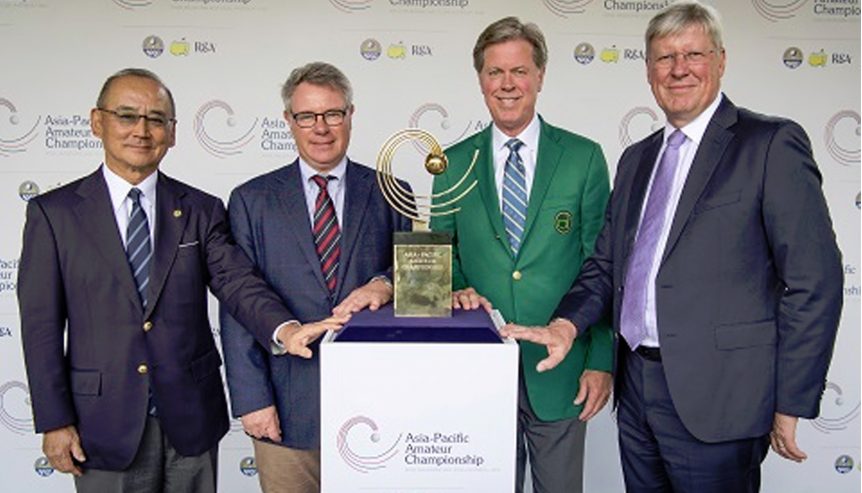 The Asia-Pacific Amateur Championship (AAC) will return to Australia’s Royal Melbourne Golf Club for its 12th edition next year.

To be held from October 29 to November 1, 2020, the championship will feature the region’s finest male amateur players.

“One of the goals of the Asia-Pacific Amateur Championship was to show the world how golf is growing in our region,” said Kei Muratsu, Chairman of the APGC. “The success of this championship and the quality of the competitors in this field are shining examples of those goals coming to life. We are confident that next year’s return to Australia will mark another wonderful chapter in the legacy of the AAC.”

“Our courses are among the best in the world, and we have been fortunate to host national and international events challenging many of the world’s top players. Hosting the Asia-Pacific Amateur Championship will be another tremendous opportunity to add to that tradition and promote the game of golf in our country and the Asia-Pacific region. We look forward to welcoming the region’s best amateurs to Australia in 2020.”

Next year’s championship will mark the second edition of the AAC in Australia and the first time the AAC has returned to a past venue. The country is home to two past champions, Curtis Luck (2016) and Antonio Murdaca, who triumphed at Royal Melbourne in 2014.

“Hosting the Asia-Pacific Amateur Championship is a unique and important way that we as a country can support and grow the game of golf in this region,” said Golf Australia Chairman Andrew Newbold.

“Our mission is to advance and expand the game from grassroots participation to elite levels of competition. This event enables our amateurs to compete for the most highly coveted opportunities in the sport while inspiring the next generation of golfers. We are also delighted to be able to again showcase the magnificent Royal Melbourne Golf Club, one of many world-class courses in Victoria’s globally revered Sandbelt,” he added.

In 1959, the club created a new ‘Composite Course’ for the Canada Cup by combining 12 holes from the West and six from the East. The 2020 Asia-Pacific Amateur Championship will take place on the Composite Course, the same course used during the 2014 championship.