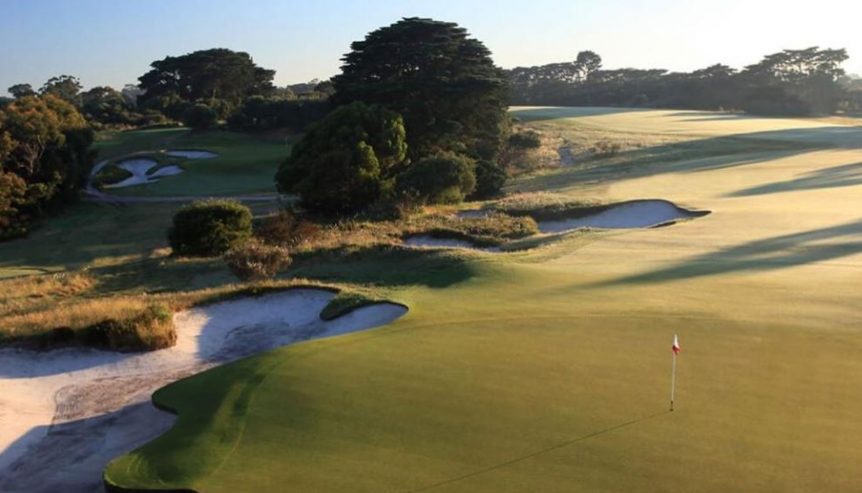 Royal Melbourne has retained the prized mantle as Australia’s No. 1 golf layout yet has never been under greater threat from a spectacular Tasmanian newcomer in the ranking of the Top 100 Courses in the country.

Royal Melbourne sits atop the respected rankings of Australian Golf Digest magazine, released this week, with Sandbelt neighbour Kingston Heath (No. 2) closing the gap to the merest of margins on the scoring of 39 judges.

It’s not this status quo that is the feature of the rankings but how close the spectacular Cape Wickham Links is to knocking both off with its eye-popping layout on King Island where all 18 holes have a view of Bass Strait.

The course entered the biennial rankings at No. 3 in 2016 after only being opened the year before but has scored better since in key criteria to narrow the gap.

“Perennial bridesmaid Kingston Heath and Cape Wickham are breathing down the neck and either one could usurp mighty Royal Melbourne in the future,” Top 100 Courses editor Steve Keipert said.

The new status of the Tasmanian courses means much-admired favourites like Victoria Golf Club and The Australian Golf Club, host of the Australian Open, sit outside the top 10.

Brisbane Golf Club is the biggest mover on the list. Cape Wickham Links, with its stunning views, is quickly climbing the ladder.

Hosting the Queensland Open with tournament conditioning and the extra eyeballs on the club have seen the course jump 15 places to No. 81.

Top spot among Queensland’s myriad courses remains with Brookwater (No. 24).

New South Wales Golf Club (No. 5) is the highest ranked golf course in NSW, Royal Adelaide (No. 9) is the standard-bearer for South Australia, Lake Karrinyup (No. 17) is top in the west and Royal Canberra (No. 29) returns to the rankings after the course redesign by Mike Clayton.

“Resistance to scoring, aesthetics and ambience” were three new criteria introduced in this rankings cycle which suggested that courses within residential estates would have suffered in the latter two categories.