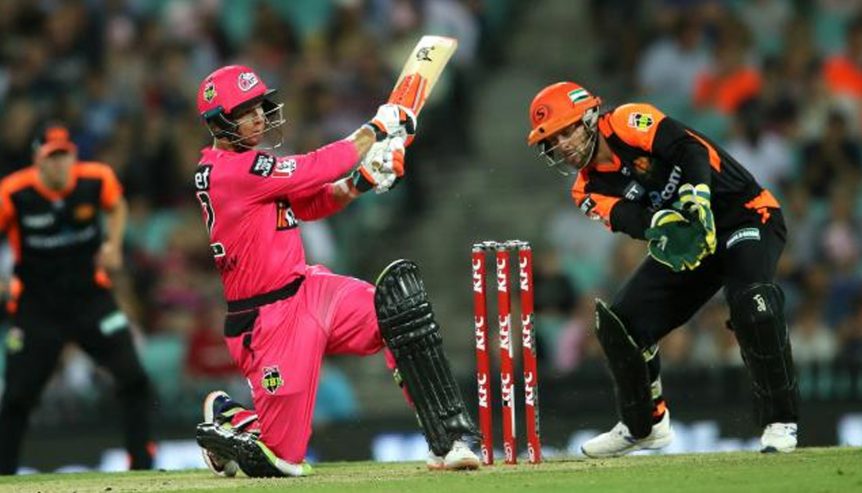 The Melbourne Cricket Ground isn’t the only venue that Cricket Australia needs to fix in a hurry before the remaining tests against New Zealand.

With just two weeks to go before the series finale in Sydney, the SCG turf is a debacle – with almost more sand than grass on the famed outfield.

Anyone watching last night’s Big Bash clash between the Sixers and the Perth Scorchers could have been forgiven for thinking they were still watching last week’s Presidents Cup at Melbourne sandbelt golf course because of the huge puffs of sand that came up every time the ball hit the deck.

The entire playing surface at the SCG had to be replaced last week after last month’s back-to-back U2 concerts.

The SCG hired a group of western Sydney businesses to replace a total of 16,500 square metres of turf over four days, but while it looked green on top, the thick layer of sand burst through every time the ball touched it.

In high demand from a range of sports while the Sydney Football Stadium is being rebuilt, the SCG playing surface has been problematic all year and could not come at a worse time for Cricket Australia after the MCG’s problems with irregular bounce.

More than 3000m of turf had to be replaced after the SCG field just crumbled during a Super Rugby match between the Waratahs and the Reds earlier this year.

One player who definitely didn’t mind the sandy surface was Sixers opening batsman and wicketkeeper Josh Philippe, who started the new season where he finished off last time with a brilliant 81 not out off 44 balls to lead his team to an emphatic eight-wicket win.