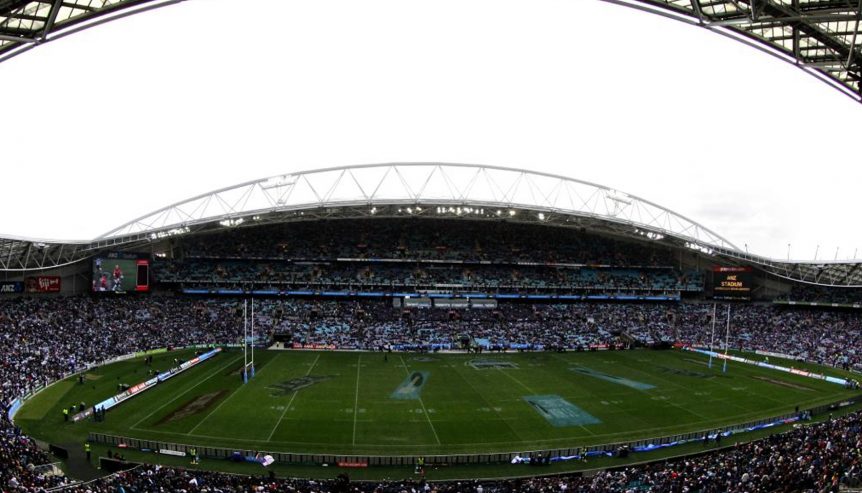 A secret bid to dump the redevelopment of ANZ stadium and build three suburban mini-stadiums instead has been torpedoed by NSW Premier Gladys Berejiklian.

The Sunday Telegraph can reveal a plan was put to a high-ranking government minister three weeks ago to deliver stunning state of the art venues for the Manly Sea Eagles, St George-Illawarra, the Cronulla Sharks, the Penrith Panthers and Wests Tigers.

Under the $750 million proposal that would have left ANZ Stadium untouched:

● The dilapidated Brookvale Oval on Sydney’s northern beaches was to be bulldozed and rebuilt in the first stage of the project next year.

● The Dragons and Sharks were to share a new stadium in Sydney’s south at either Kogarah or Woolooware.

● The Panthers were to get a new venue on their existing site in the home electorate of ‘stadium’ minister Stuart Ayres.

● Money would also have gone to Leichhardt Oval for a major upgrade.

Each of the stadiums would have cost $250 million with a crowd capacity of 25,000 and included corporate facilities to match the best in the country.

The mini boutique stadiums were to be shared with other sports including rugby union and A League franchises and house modern sports medicine facilities and high performance academies.

Importantly it would have given struggling NRL clubs the opportunity to compete with the likes of the Brisbane Broncos, who play out of Suncorp Stadium and the Cowboys are to play in a new stadium in Townsville next year.

Despite some support within cabinet, the proposal was abandoned by the Premier, who instead negotiated the $15 million deal to keep the next two grand finals in Sydney at the SCG and vowed to stick with the original $2 billion stadium strategy.

Greenberg confirmed the discussions at the highest levels had taken place.

“There were a variety of views and opinions within the government about ANZ Stadium and how that money should be spent,” he said.

“Peter V’landys and I are absolutely aligned on the fact suburban grounds need money — it’s an absolute priority. This isn’t just about the NRL, it’s for all levels of the game and community organisations.

“These suburban grounds unite communities and that’s a great outcome for everyone.

The backflip on Homebush had the support of TV networks Fox Sports and Channel Nine who pour $2 billion into the game but often have to broadcast matches with a backdrop of tens of thousands of empty seats.

ANZ Stadium was to be kept for Origin and the finals in its current condition until more government funding became available in the future.

It is understood on grand final night two weeks ago the Premier was seen to be involved in a tense conversation with V’landys about the government’s stadium commitments.