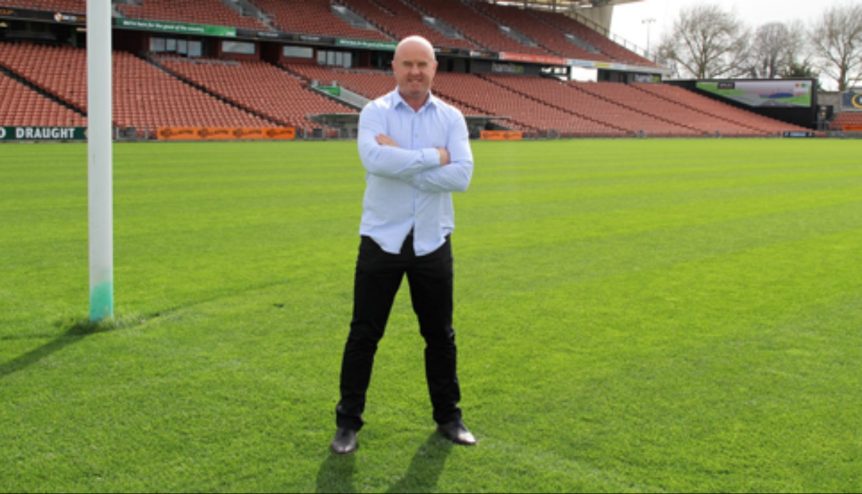 Karl Johnson is the Turf Manager from FMG Stadium Waikato and Seddon Park in Hamilton, New Zealand and has been in the turf industry for 33 years.

Seddon Park hosts international and domestic cricket – in the past season they have had a Test match against England, a One Day match and T20 against India and two White Ferns games. They have two different clays on the wicket blocks. Karl says that four of their wickets are a swelling clay and then the other five strips are non-swelling. So, they prepare their clays slightly differently with different techniques, using a variety of roller weights and timings.

Karl says one of his favourite rollers is the Mentay one that has been there since before he started in 2003. They have just made an exciting upgrade to a brand new Mentay Hydra-Glide roller, which is in the process of being shipped across from Australia.

“Our existing Mentay has always been part of our preparation and to be honest, I’ve always loved and seen Mentay as a great quality product, so hence why we’re replacing the roller we currently have. We are looking forward to having the latest model.

“To be honest, Maurice (Mentay’s late founder), god bless his soul, and Maureen are great people. I had the pleasure of meeting Maurice years ago and I have sort of kept in touch with them. I liked their product range, for many years they’ve produced some great quality turf equipment. 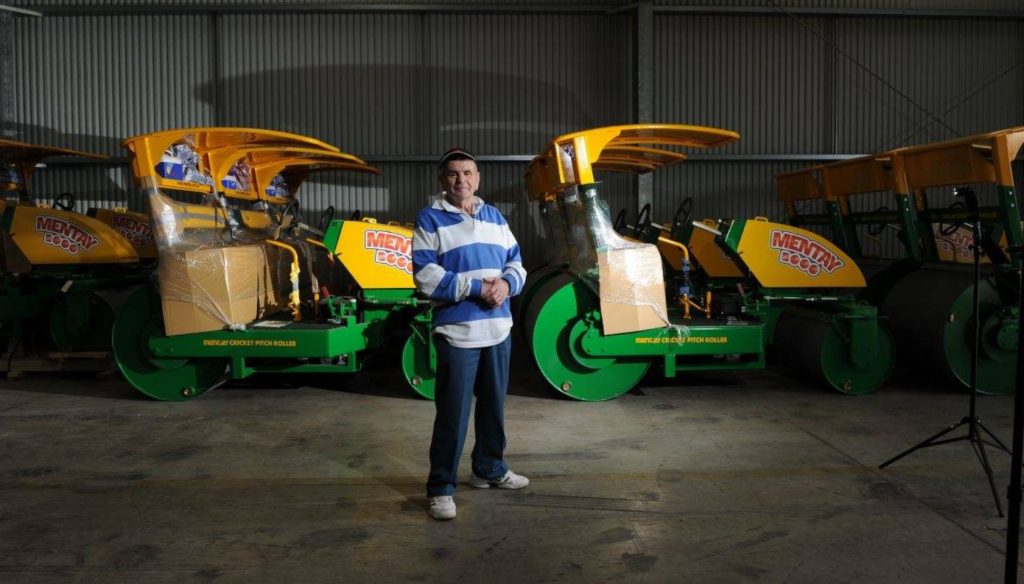 Maurice with his prized rollers. Source: The Courier

“To bring in a roller from another country, I think, speaks volumes of the quality. For a company to survive as long as they have, it really shows the workmanship and the products they have. I don’t want something that’s only lasts two minutes, for us, we need quality equipment that produces quality surfaces.

“There are other products I would like to look at of theirs in the future and that’s something I plan to do, providing they keep producing such high-quality equipment,” says Karl.

Karl explains that they do quite a bit of scientific work on their pitches, like measuring things like density and the core saturation of their clays, so they can see when the maximum effect from their rolling will take place.

All their pitches and outfields are rye grasses, as New Zealand is a colder climate than Australia. Karl says they’ve had an unseasonably warm and dry summer this year, which has been a bit tough on the ryegrass, but luckily, they have good irrigation systems in place.

“I am very fortunate that I have a great team that work for me,” says Karl.

“They’re passionate and they get out of bed because they want to come and produce world-class turf, so that’s pretty exciting.”