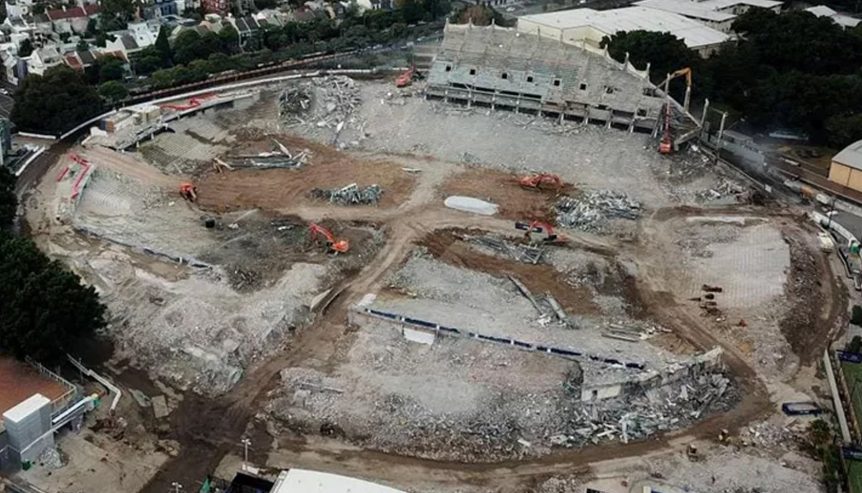 The NSW government is looking for another company to rebuild Allianz Stadium after Lendlease walked away from the project, sounding out Multiplex and John Holland as potential candidates.

Lendlease, which has demolished the arena formerly known as Allianz Stadium, had also been locked in since December as the new stadium’s constructor after beating rival builder Multiplex to the contract.

It’s now understood Lendlease only signed a contract for stage one of the development, with the developer being told by the government that it needed to “cut costs” for its stage two proposal.

The total budget for knocking down and rebuilding Allianz Stadium at Moore Park is $729 million.

Lendlease did bid for stage two of the contract, the construction phase, as the government wanted the company to do the work for less than it thought feasible.

The NSW sports minister, John Sidoti, said Lendlease’s stage two offer “did not meet the government’s expectations so we are looking for another builder in a competitive market”.

▲ Stage one, the demolition of the previous stadium which opened in January 1988, has been mostly completed. Image: Jonathan Ng

Sidoti is still promising the Sydney Football Stadium can be built on time and on budget, after inviting Multiplex and John Holland to participate in the competitive tender process to deliver stage two of the project.

“We know that if we want to continue attracting global events we need our stadiums to be the best in the world but the NSW public expects us to negotiate the best price.”