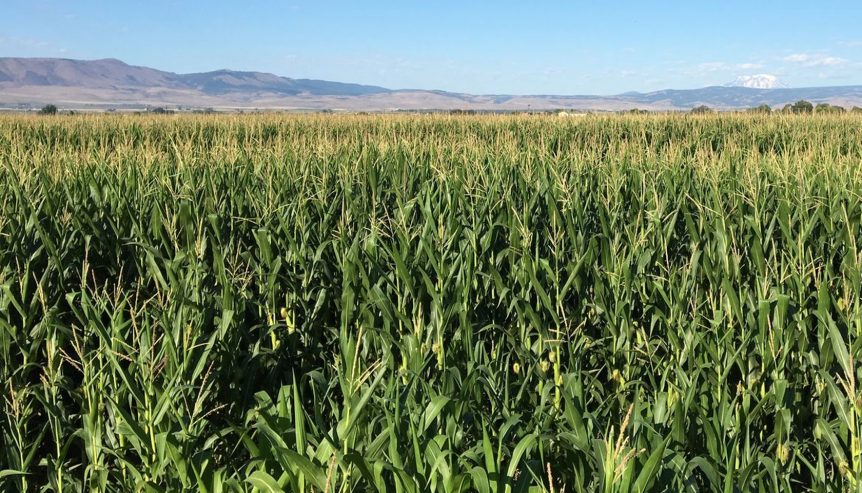 One-third of the Earth’s surface is covered by more than 11,000 grass species — including crops like wheat, corn, rice and sugar cane that account for the bulk of the world’s agricultural food production and important biofuels. But grass is so common that few people realize how diverse and important it really is.

Research published today in the journal Nature provides insights that scientists could use not only to improve crop design but also to more accurately model the effects of climate change. It also offers new clues that could help scientists use leaf fossils to better interpret the climate of the ancient past.

The study’s senior author is Lawren Sack, a UCLA professor of ecology and evolutionary biology and one of the world’s most influential scientific researchers.

The research determined that grass with narrow leaves and high numbers of veins should be better able to withstand the drier conditions expected in the future. That finding should enable scientists to better predict grass species’ ability to tolerate cold and drought — important for conserving species amidst climate change. It also suggests that scientists who are breeding agricultural grasses to better survive cold climates and drought should turn their focus toward varieties with smaller leaves and more large veins.

From other types of plants, scientists have learned that leaf size is an important factor in how plants adapt to their environments. But until now, it was not known how thousands of species of grass could exist in so many diverse environments, and whether leaf size might play a role.

“Grass leaf blades can vary in size from a few square millimeters for grasses of the high Andes to more than a square meter for tropical bamboos,” Sack said.

Sack, UCLA doctoral student Alec Baird, and other scientists from the U.S. and the U.K. compiled a database of blade sizes, native climates and evolutionary relationships for grasses across the globe. They found that smaller grass blades dominate in arid and cold environments.

That’s because over history, grass species spread out of the tropics and large-leafed species were filtered out of locations with hot, dry summers or cold winters, said Baird, the study’s lead author.

Smaller leaves are beneficial for plants because they accumulate a thinner layer of still air coating their surface than larger leaves do. That helps them cool faster on hot days and avoid chilling on cold nights, Sack explained.

Veins distribute the nutrients and water that leaves need to conduct photosynthesis — the function by which plants convert sunlight and carbon dioxide into sugar. Studies of other types of plants showed that leaves create their first veins when they are newly formed, and those veins then get spaced farther apart as the leaves expand, Sack said. As a result, larger leaves have a smaller number of large veins in any given area, making them more vulnerable to stress than smaller leaves.

The reason that the number of veins matters is that, for any plant to grow, leaves use openings called stomatal pores on their surface to capture carbon dioxide. But opening those pores exposes the moist interior of the leaf, which causes plants to lose large amounts of water through evaporation. To replace that water, plants pull up water from the soil through their roots, stems and leaf veins within pipe-like structures called xylem.

But if the soil is too dry or cold, or if the xylem pipes freeze, air bubbles can form, blocking water from spreading throughout the plant. Research on non-grass plants has shown that’s less of a problem in smaller leaves with greater number of veins packed closer together, because there are enough veins to route water around such blockages.

“But it wasn’t clear why smaller-sized grasses would have any of these advantages that are known for leaves of other types of plants,” Baird said. “Most grass blades are already, on average, hundreds of times smaller than typical flowering plant leaves, and they have parallel, rather than tree-like, vein systems.”

The researchers made thousands of measurements of grass vein systems, and used computer models to examine the influence of the size of grass leaves and vein traits on how efficiently each species performed photosynthesis.

“We found that even though there are so many variations in the structure of grass blades, smaller grass blades across the board have dramatically more large veins packed together than larger grass blades, providing drought and freezing tolerance,” Baird said. “Smaller grass leaves also tend to contain smaller pipes inside, which can better resist air blockage.”

The research was funded by the National Science Foundation.

Sack said the mathematical equations the scientists devised as part of the study could also be used to estimate the size of intact blades of grass from fragmentary remains in fossil beds dating back tens of millions of years — as well as to draw conclusions about the climates in which they grew.

“Everything we learn about grasses holds important value for our food and our ecosystems,” he said. “Poet Walt Whitman pointed out the enormous knowledge that people can learn while contemplating leaves of grass, and I think he would be pleased that with these new findings, we are learning lessons from trillions of grass leaves worldwide.”