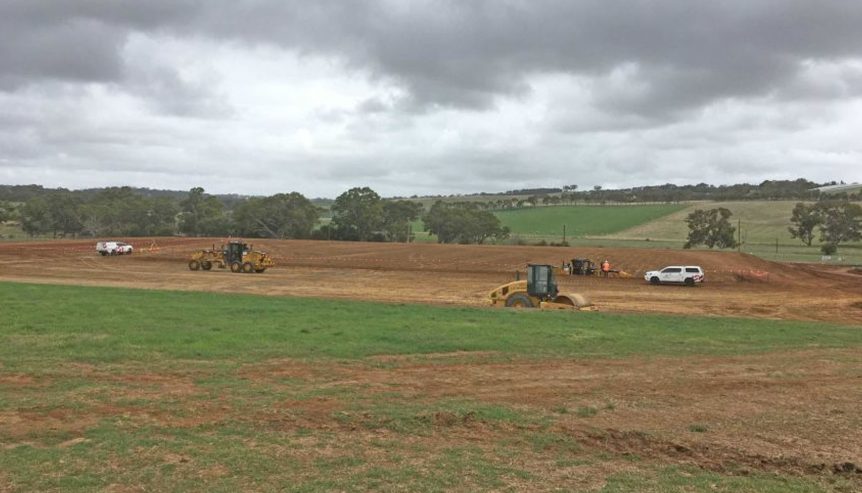 Adelaide Hills ratepayers have been hit with a $70,000 bill because of an “unfortunate mistake” made before construction began on two new soccer pitches.

But the Mount Barker District Council said a planning error has meant they will need widening and lengthening, because the specified dimensions were larger in initial plans than they were in a document provided to the contractor.

“Council was recently made aware by the FSA that the specified dimensions in the construction design plans for ‘full-size’ premier pitches are two metres wider and five metres longer (that is they are larger) than that included in the … tender award,” a council document stated.

Deputy Mayor Samantha Jones said the issue arose after FSA gave different dimensions to Greenplay and to the council, and described it as an “unfortunate mistake”.

“Obviously there’s ramifications for that and the majority of earthworks have already been done,” she told ABC Radio Adelaide.

“It’s going to be more expensive to place a [changed] pitch there, considering the majority of the earthworks have already taken place.”

The council and FSA have contributed to the cost of two artificial pitches dollar-for-dollar until this point but the council has been left to cover the entire cost of the error, Ms Jones said.

She said the cost of fixing the error was initially estimated at $130,000 but that figure has now been revised down to $70,000.

The council on Monday night voted to cover the cost of the bill, despite the previous 50-50 arrangement.

“With this mistake, regardless of who was at fault or anything like that … why wouldn’t that [fix] be 50-50, at a minimum?” Ms Jones said.