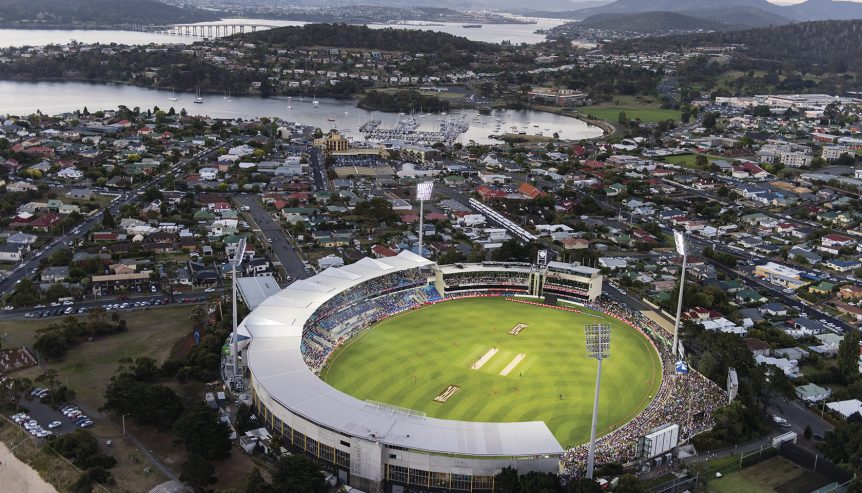 Watching cricket in summer or football during winter is an Aussie pastime.
Chances are the sports field you are watching is couch base or oversown with ryegrass. But for Australia’s most southern, first-class sporting oval, it’s all about ryegrass and couch just doesn’t cut it.

Ryegrass – the cool climate advantage
Blundstone Arena, Hobart, is the southern most first-class cricket and football (AFL) oval in Australia.

Cricket is played and trained for 10 months of the year, including the local team, women’s cricket, Big Bash League, Sheffield Shield and in 2022, included the fifth Ashes test for the first time in its history. In January alone, the ground has hosted four short form cricket games, a five day test, and likely to host some if not all, of the Big Bash finals.

For AFL, North Melbourne use the facilities as their Tasmanian base, playing up to six games per year, starting late March, on top of the local club fixtures.

The pressure for ground staff to maintain the turf under such gruelling demands is enormous.

It is regularly overcast, misty and cold for a large portion of the year. Daylight hours and warmth are a premium commodity. Couch grass, traditionally used as a sports field turf struggles as a consequence.

The hero for Blundstone Arena is a combination of Barenbrug turf ryegrasses.

Head curator, Marcus Pamplin has been in the industry since the early 1990s and is well aware of the pros and cons of couch and ryegrass for cricket and football applications.

The Bellerive Oval, home to Blundstone Arena, uses Barenbrug’s Premier 3 ryegrass for the main wicket and the 44 practice wickets and the Striker Regenerator blend on the outfield.
The Hobart arena is known for its dark green cover that provides a fast pace and high run rate. The summer and winter hardiness, dense fine leaf growth habit and disease resistance of Premier 3 makes it an ideal choice, says Marcus. 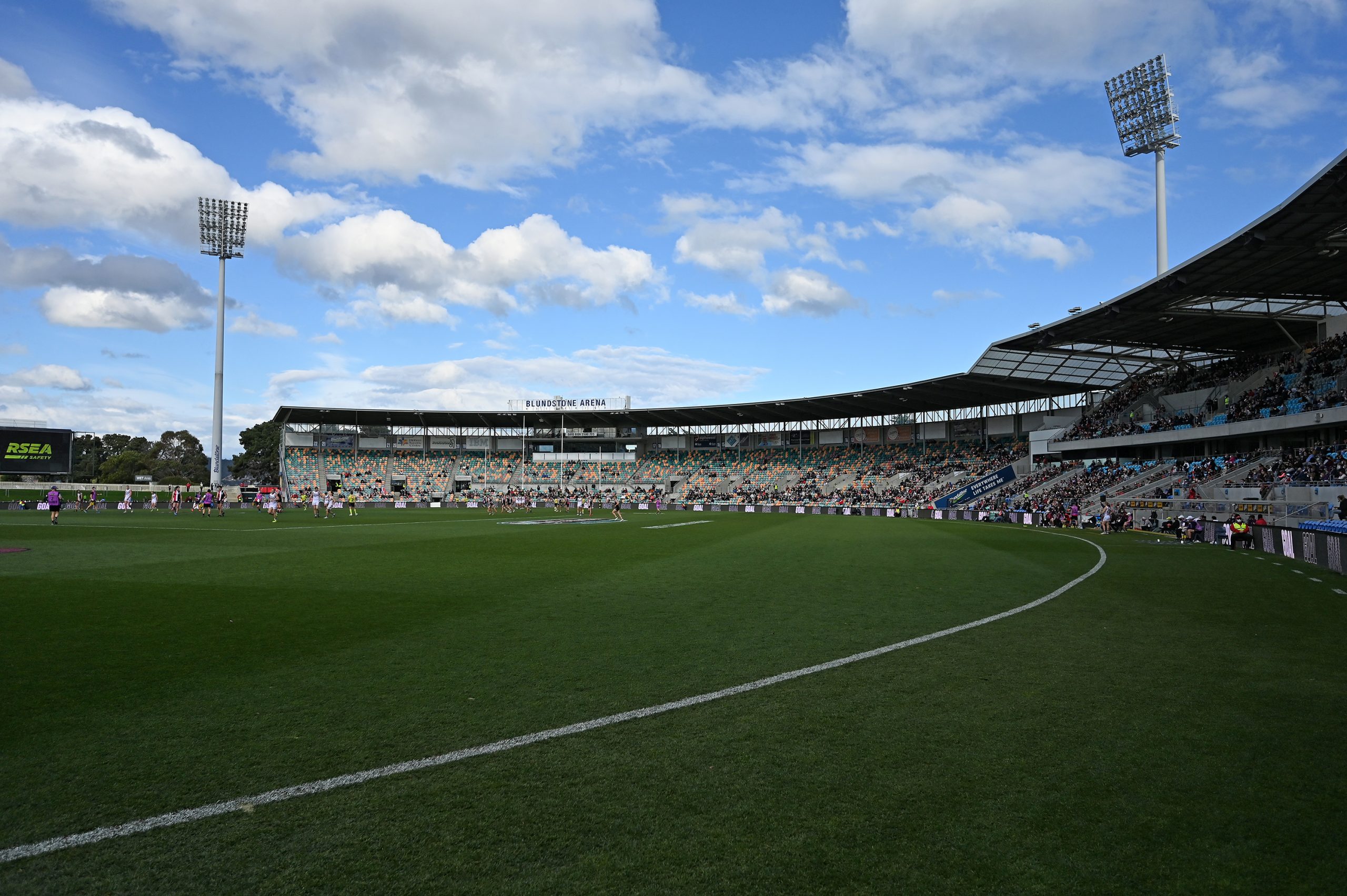 Blundstone Arena at Bellerive Oval, Hobart is home to an intense schedule of domestic and international cricket, and Australian Rules Football. With ryegrass, the ground looks spectacular any time of year. Image courtesy of Australian Football League.

Blundstone Arena at Bellerive Oval, Hobart is home to an intense schedule of domestic and international cricket, and Australian Rules Football. With ryegrass, the ground looks spectacular any time of year. Image courtesy of Australian Football League.The Striker Regenerator mix which includes the revolutionary RPR turf ryegrass provides a lush, dark green outfield. The high stolon rate helps to stabilise the surface, particularly in areas such as the goal square that takes a beating during the football season. Poa annua, a winter weed grass, thrives under the Hobart conditions, but competing with Premier 3 and Striker, the poa is kept at bay.

“Our biggest challenge is the scheduling,” says Marcus. “It is demanding any year, but particularly so in the past couple of years where extra games were moved here because of Covid.
“Premier 3 and Striker are very forgiving for the amount of usage it takes and recovers very quickly. To manage recovery time, we rotate usage of the practice wickets, we oversow in the spring between 500-700kg of seed, plus seaweed extract and a fungicide to give the grass every possible advantage.”

Such is the success of Marcus’ ryegrass selection and management program that the ground is still thriving on the original seed installed in 2012 and doesn’t require turf replacement during the winter.

The previous turf had been in place for 40 years and was predominantly poa annua, with a very sandy top soil that compacted under the football season with poor drainage due to the poa thatching. Under Marcus’ guidance, the top 55mm of the ground was removed and replaced with a mid-to heavy coarse sand to a depth of 200mm. Now, the ground is maintained to a first class level for cricket and football. The wicket is a permanent installation cut to 12mm.

During the football season, the entire ground is cut and rolled to between 15-20mm.

Barenbrug Turf Manager, Matt Merrick says that “It is such a unique environment and with the world’s cricket fans tuning in to watch, it is important to not only look the part of a first class venue, but also to stand up to the number of cricket games and heavy wear and tear of the AFL season.
“The results that Marcus and his team have achieved is remarkable. The choice of ryegrass of Premier 3 and Striker Regenerator speaks for itself. Our grasses are backed up by the extensive independent trialling in local environments of Australia and has certainly paid off in Hobart.”

“For a high usage, multi-purpose ground in a cool climate, we just don’t have the window in spring for couch to come out of dormancy enough. The wear and tear of winter football means it comes from too far behind to recover in time for cricket in October. I’ve used Premier 2 on other grounds, and more than happy to continue to use its’ successor Premier 3 in conjunction with Striker Regenerator here at Bellerive Oval,” says Marcus.

Commenting on social media in the lead up to the Ashes, local Liberal MP, Jane Howlett said that “The Blundstone Arena pitch is looking incredible just a few days out from the Ashes….This is an amazing opportunity for our sport-loving community, and for many young cricket fans this will be the first opportunity they have had to experience such a large scale, top level international event on home soil..”