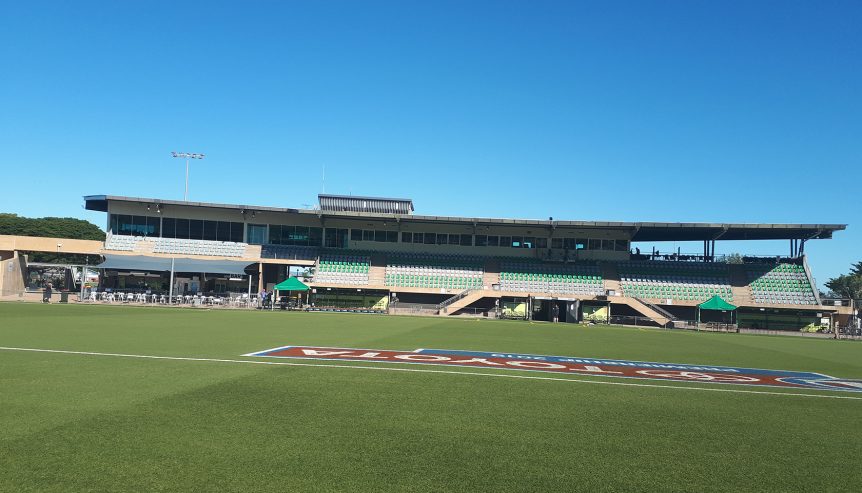 Last weekend, Riverway Stadium in Townsville held their first AFL game in history between St Kilda and The Gold Coast Suns, after being ravaged by flooding earlier this year.

turfmate spoke to Chris Hay, the Head Groundsman at Riverway, to find out how the felt the ground performed, and what the last few weeks of preparation entailed.

In the week leading up to the game, Townsville experienced uncharacteristically cool weather for the region – with the Monday prior to match day struggling to reach 20℃. Because of that, the ground experienced a bit of disease, pithium and take-all patch, so the team had to spray a week out, but luckily the grass responded well.

“In the lead up, we were putting Amazon through it on a weekly basis just so the grass wasn’t too thick,” explains Chris.

“Two weeks out, we solid-tined the ground so it was in the Clegg Hammer range for the AFL. Our biggest issue was trying to keep the centre square moist and not too hard, so it was mainly a lot of grooming, spraying and putting on our preventative fungacides. About 10 days out we put a granular fertliser on it and then four days before the game we put a liquid high iron on it to give us a bit of colour.”

On the morning of match day, Chris says they gave the square a light water because it got quite hot at about 27 or 28℃. There is no doubt the day was a roaring success in the local community; there were about 7500 to 8000 people out and about in the sunshine, enjoying local food trucks and the buzz surrounding the match.

While there could definitely be a future for AFL in Townsville, Chris does think the weather is potentially an issue for some clubs, who are used to the colder climates.

“The St Kilda boys were really hot, I thought it would be an advantage for the Suns boys, but St Kilda adapted. I had a chat with the Saints before the first bounce and I don’t think they’d seen a lot of couch grass before that was really well-matted and covered, so they were really stoked with the surface,” says Chris. 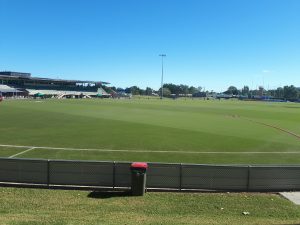 “There’s probably not too many playing surfaces around at this time of year that are in the middle of winter that are still in this type of condition, because the grass doesn’t stop growing here so there’s good recovery. So, I think everyone – the players, coaches and everyone involved – appreciate coming up this way and playing on here.”