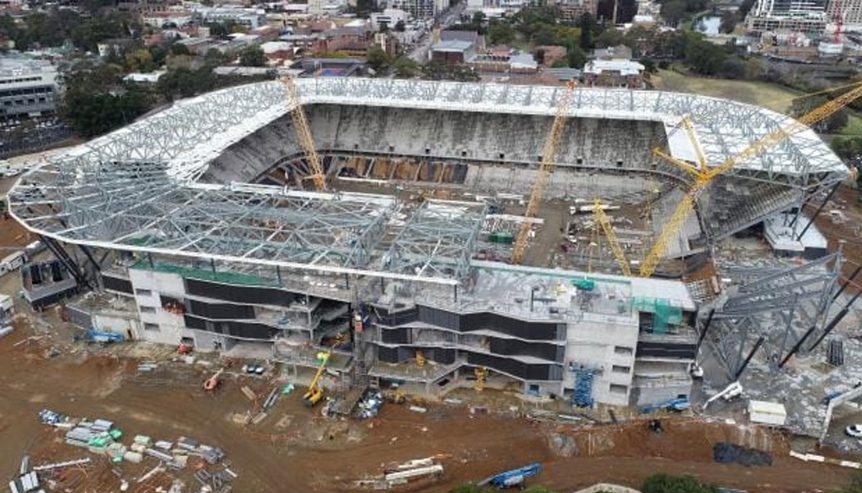 The $300 million Western Sydney Stadium is at risk of opening without a major tenant as the Parramatta Eels are locked in a stand-off over a rental agreement with the venue’s operator.

The NSW government’s billion-dollar stadiums strategy is once again in the crosshairs after Parramatta, one of the NRL’s most powerful clubs, said they wouldn’t be held to ransom over any stadium agreement.

The row leaves the NRL with no choice but to release their draw next week without a designated home for the Eels.

The Eels had hoped to play their first game at the new stadium on Easter Monday next year against the Wests Tigers. However, those plans have been thrown into disarray.

It is understood the A-League’s Western Sydney Wanderers, the ground’s other major tenant, are also yet to strike a deal with the state government over use of the venue.

The two major tenants have failed to reach agreement with the state government and VenuesLive, the company charged with managing the stadium, but the Wests Tigers have agreed to play four games there next year.

If Parramatta can’t reach a deal to play at the stadium, their only logical option would be to take home games to Panthers Stadium.

VenuesLive also operates ANZ Stadium and Parramatta have made no secret of their disdain for their deal when they played at that ground last year.

A VenuesLive spokesman said yesterday: “Discussions with Parramatta in relation to commercial terms at Western Sydney Stadium are ongoing.

“Every attempt is being made to strike a deal in time for the release of the 2019 NRL draw. While a deal has not been reached at this time, we remain committed to working with the Eels to ensure their members and fans get to see all that the magnificent new stadium has to offer in season 2019 and beyond.”

The NSW opposition took the opportunity to reopen the stadium debate.

Opposition Leader Luke Foley said: “What a shambles the Premier’s stadium strategy is.

“All these billons being splurged on stadiums and they can’t even find the teams to play in it.”

The Eels don’t dispute that the stadium — the first in a $1.6 billion plan that will result in Allianz and ANZ Stadium being redeveloped — will be one of the flagship venues in the southern hemisphere.

However, they are wary of being hamstrung financially after taking a fiscal hit over the past year, when they were forced to play out of ANZ while their former home was being rebuilt.