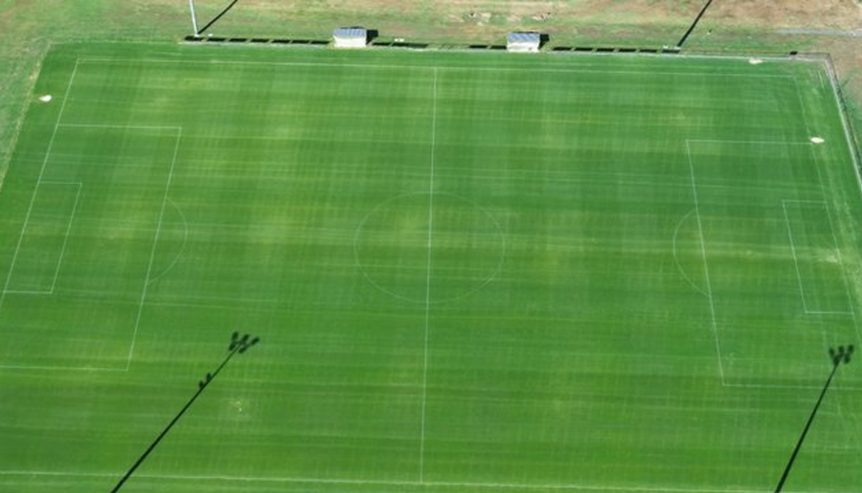 When you get the opportunity to do it right, and you know it will pay off, the results speak for themselves.

Such was the case with the West Tamar sporting precinct in Launceston, Tasmania. A series of sports facilities that caters for football, soccer and cricket for state and local teams means that the curators are aware of what works and what can be improved upon.

In 2016, Barenbrug (then known as Heritage Seeds) reported on the improvements on one of the fields, Windsor Park, that had been oversown with Barenbrug’s/Nuturf Striker Van Diemen’s turf mix, developed specifically for the conditions of the Riverside suburb along the Tamar River.

The mix had been derived after an extensive trial of some 12 different seed varieties on the site to see how each would stand up to the unique environmental conditions of the estuary, plus the gruelling punishment the ground would receive under a tough calendar of sport games and training.

The results in the past six years have shown that the Striker Van Diemen’s mix is well suited to Tasmania’s cooler climate, and has withstood the test of time and player boots. The Striker blend incorporates key Barenbrug varieties such as RPR and gives the best outcomes for germination, recovery, colour and kept the Poa under control. 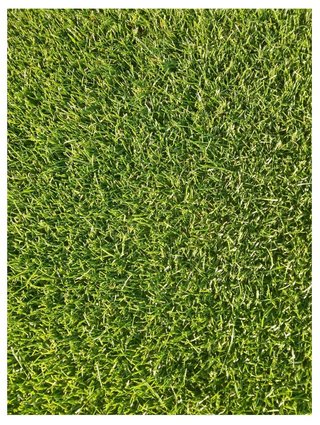 When it came to think about renovating the Olympic 1 pitch used primarily for soccer, supervisor Jamie Smith had no hesitation about using the Striker Van Diemen’s mix on the back of the success that the Windsor Park oval had seen in recent years.

Drainage has always been an issue for the precinct, due to the loam and clay subsoil, which can hold a lot of water. Add to that a thick thatch layer from the wrong grass seed variety, and the ground can remain very wet.

When Jamie undertook the renovation of Olympic 1, infrastructure was the first priority – drainage, lights, fences and coaches’ boxes. With that in place, the decision was made to remove any grasses and thatch layer and essentially start from scratch with the Striker Van Diemen’s mix.

“Over the years, Olympic 1 has had probably 10-15 different seed species put in and none of them really worked,” said Jamie. “This time we sprayed it out late October 2021 at the end of the season and knocked the whole surface out and extensively scarified it and collected as much of the thatch layer as we could. “The Striker Van Diemen’s mix was planted in early November – it struck within days. We kept a close eye on it through the summer period to get it through the warm, dry spells.

The local soccer season starts again in late March, but in the meantime, Perth Glory and Brisbane Roar of the national A-League competition wanted to use the ground for training purposes.

The decision was made to use Olympic 1 for the training to see how it goes – the feedback, is that the players were really happy with it.”

What is important to Jamie and his team, is that the lessons learned from Windsor Park have been carried across to Olympic 1, including the maintenance program, getting the drainage right and what can be expected under heavy usage.

“I am confident that Olympic 1 will perform during the winter months. We may need to tweak our maintenance program in the event of a dry or too wet winter, such as thinning out the coverage to improve drainage or adding wetting agents, but that is something we have seen on Windsor Park previously.

“What we really aim to do is to improve the grounds every year – if it is only a 5% improvement that’s fine, but over 10 years that is a 50% improvement, and we learn every year what makes it better. The use of the Striker Van Diemen’s mix will definitely be part of our future plans.”

‘It is great to see and hear the feedback of our performance bred varieties. It’s something Barenbrug and Nuturf pride themselves on and are committed to bringing the best possible outcomes to communities like West Tamar Precinct,” said Matt Merrick, Portfolio Manager, Turf, Barenbrug.