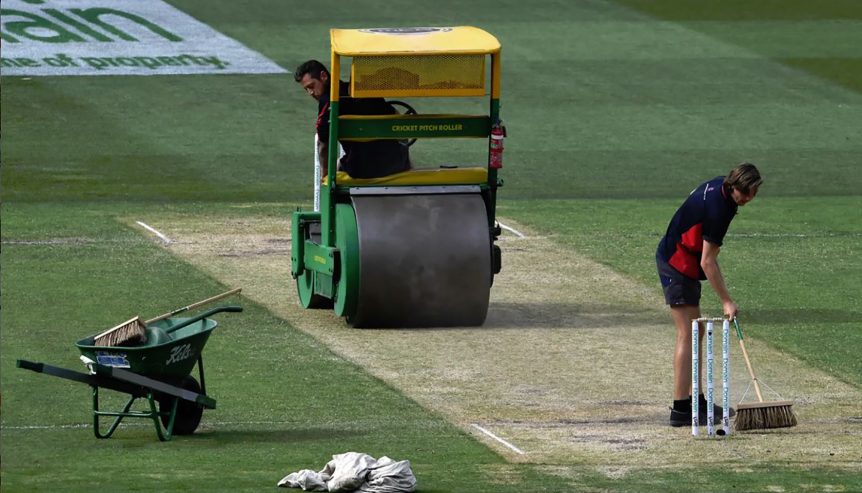 Cricket Australia has revealed a target to have the pitches at the MCG, the SCG and Perth’s Optus Stadium rated one grade higher this summer in a bid to improve the battle between bat and ball.

The Test strips used in Perth, Melbourne and Sydney last summer were all rated as only “average” – one step above “below average” – by the International Cricket Council.

Drew Ginn, CA’s new general manager of high performance, a role which includes working with curators, and cricket operations chief Peter Roach are keen to ensure all venues have what is needed to ensure high standards are met when Pakistan (two Tests) and New Zealand (three Tests) are in town.

“We have got in our objectives to take those one movement forward, to good, to very good, particularly for the MCG. We know how much of a jewel in the crown that is for people to come to the MCG for cricket. We don’t want ratings like that [last summer],” Ginn said.

“Peter Roach has that clearly as one of his objective for the season. He knows he is accountable for that. But he is only accountable to make sure he is working with the curators here, really support them to make sure they have everything to get it right. They are independent.”

Brisbane, Adelaide and Canberra were rated as “very good” last summer but the worry is that the series against the Black Caps – in Perth, Melbourne and Sydney at the peak of summer – could again be held on average decks.

Ginn said innovation was crucial and the next step in pitch development could be synthetic stitching which could help provide pitches with more pace for Twenty20 cricket. The sluggish decks in the Big Bash League last summer were seen as one reason for why scores were often low, and plans for change are underway at the National Cricket Centre in Brisbane.

“Having been at the NCC last week, we are talking about hybrid wickets with synthetic stitching and the idea with that is it holds the soil and the turf together in a different way which means, potentially, you can have greater usage and you will, potentially, have a better wicket for a T20 format,” Ginn said.