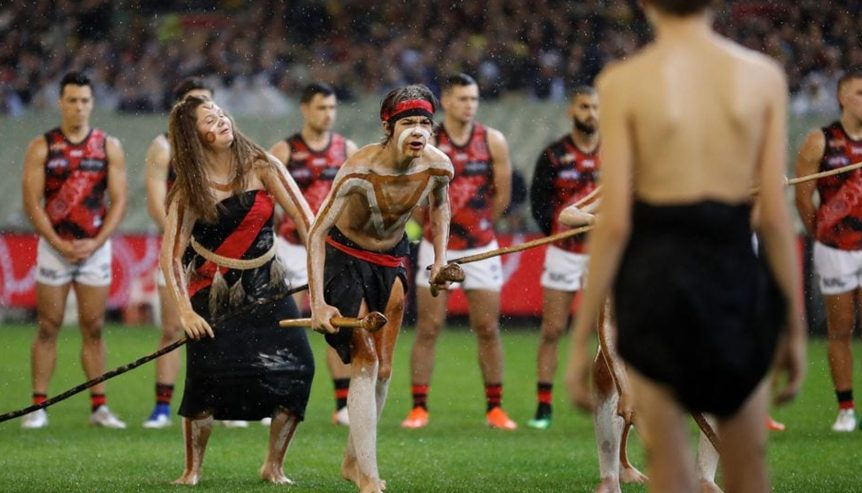 The 2020 Dreamtime match will be played in Darwin late next month.

The AFL on Friday announced the annual Essendon/Richmond game would headline Sir Doug Nicholls Round, round 13, with a showcase evening fixture kicking off from 7.10pm ACST (7.40pm AEST) on Saturday, August 22 at TIO Stadium.

Other matches of round 13 are expected to be announced next week, with two games to be played in Darwin in that period, the other one being a Gold Coast home game.

“Sir Doug Nicholls Round creates a platform to profile players who have changed the game’s history and faced racism and discrimination to fight for equality and recognition, such as Syd Jackson has,” Hosch said.

“2020 marks the 25th anniversary of the Discrimination and Racial and Religious Vilification Act which was introduced in 1995.

“This act clearly signalled that racial and religious vilification would no longer be tolerated in Australian Football. We continue to prioritise an inclusive environment for all people within the industry and focus on identifying strategies targeted at the prevention of vilification before it occurs.

This is the fifth season that a round of the AFL season has officially been dedicated to Sir Nicholls and in 2020, ex-Carlton great Syd Jackson will also be honoured for his immense contribution to football and the community.

The Sir Doug Nicholls Round will be celebrated across two rounds of the 2020 season.